Cardón y El Tirano is an interesting place. This cozy, innovative Latin fusion restaurant is something you’re more likely see in Wynwood alongside more avant-garde peers. It’s not a place that you’d typically associate with a random shopping plaza on Calle Ocho.

Chef Francisco Anton has taken a risk by bringing such inventive cuisine to a neighborhood that’s more about traditional fare like croquetas and cafecitos. After being invited to the restaurant and eating enough for a family of six, we’re confident that risk will pay off.

Cardón y El Tirano opened earlier this year, and we’re a little sad we didn’t hear about it sooner. Chef Anton, who most recently worked in the kitchen of the now-shuttered Shikany, fuses a number of Latin influences into his delicious cuisine; you’ll find touches of Venezuelan, Peruvian and Mexican inspiration across the menu (to name a few). Although you might think the menu would feel scattered because of this, it doesn’t; everything on the menu feels like it should be there.

A quick note about the interior: You’ll feel right at home — literally. The restaurant is more akin to a friend’s house than a restaurant. We chalk it up to the fact that Chef Anton built most of the furniture by hand with his family. That giant couch you see against the wall? That’s from his apartment.

With that said, let’s get to the food. The menu follows a sharing plate format, and Chef Anton places a lot of emphasis on two factors: timing and flavor. Considering there’s only one chef in the place, the timing between dishes was perfect.

As for flavor, we began the evening with an excellent starter – the cheese toast.  There’s a whole lot of creaminess going on with Brie and shrimp paste mixed together on top with some cachucha peppers for good measure. The creaminess of the cheese, the shrimp paste and the buttery bread along with the acid from the peppers make this a perfect appetizer. It’s not too heavy, and it’s portioned out properly — just enough to whet your appetite.

Our next dish showed us what to expect the rest of the evening: dishes with different textures and lots of layers of flavors. The Crema de Calabaza consists of a velvety cinnamon spiced pumpkin cream. Then, you get an airy shallot mousse in the center. Scattered around the dish are crunchy bits of popcorn. Finally, on top there’s a sprinkling of jalapeño dust that gives you a nice bit of heat at the end of each spoonful. Mix them all together, and your taste buds are gleefully bouncing around all over the place. This plate is something special and needs to be experienced.

Next was one of the evening’s favorites. We love tacos, and these hearty Tacos Al Pastor did not disappoint. What really makes the dish is the pineapple chutney, which seemed to have a hint of cinnamon. Overall, it was a very flavorful and well-seasoned dish. We immediately wanted more after having split the plate — that’s always a good sign.

Another solid dish: the Tostones Picanha. The seared steak is sliced with care and tastes great with the thin tostones, which feature queso duro on top. Make sure to try it all with the salsa — the acid from the tomatoes is a nice touch to an already impressive menu item.

The only misstep of the evening was the Habias & Giant Prawn. The fava beans overpowered the dish, making it difficult to enjoy the other textures and flavors on the plate.  When the only thing you can really taste is the fava beans amidst a giant prawn and blood sausage, that’s a problem. Chef Anton did tell us that the item is just a few weeks old and still undergoing some tweaks. What little taste we could make out of the prawn and blood sausage was very good, so there’s definitely potential to make this dish stand out (in a good way).

The last two savory items of the night put everything back on track for us. The braised skirt steak arepita was phenomenal: a fluffy arepa, perfectly seasoned meat, and creamy queso and avocado to knock it out of the park.

By this point of the meal, we were stuffed. But when Chef Anton brought out some Morcillas and Patatas, we happily dug in. Blood sausage makes an appearance on this dish as well, along with some crispy potatoes, bacon powder and chipotle aioli. Pair this with one of the restaurant’s great, reasonably priced wines, and you have yourself the perfect date night dish.

While Cardón y El Tirano does offer a few desserts, there’s really only one you should pay attention to: the Plantain Bombolini. The plating reminded us of the molecular masterpieces from Chef Michael Shikany’s namesake restaurant, and this sweet ending to our meal tastes just as great as it looks. Chef Anton plays with different textures and temperatures to really turn the dessert into quite the culinary journey. The plantains, the nutella, the pistachios … it all works. Don’t leave without trying it.

Chef Anton has brought some imaginative cuisine to Calle Ocho, and we’re hoping it starts a trend. While you can never have too many Cuban places, Cardón y El Tirano offers a refreshing take on Latin food that will hopefully inspire more original concepts to take root in the neighborhood. They’re going to have their work cut out for them, though: Cardón y El Tirano has set the bar pretty high. 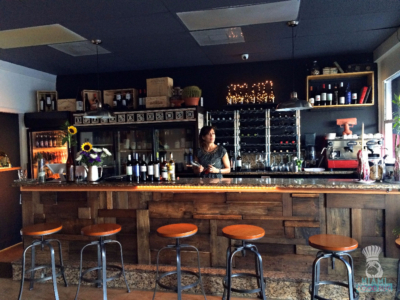 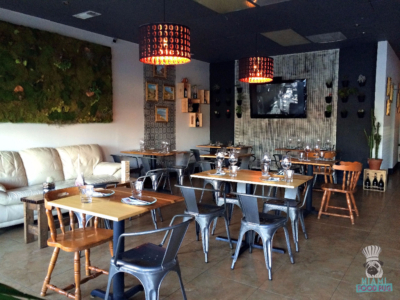 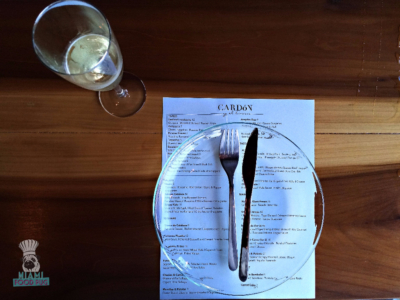 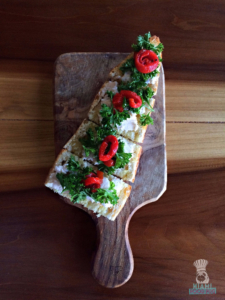 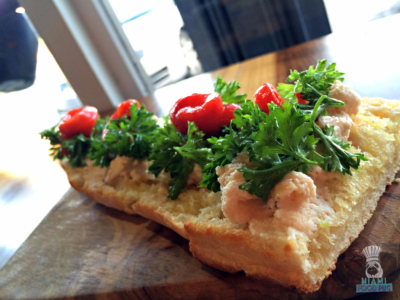 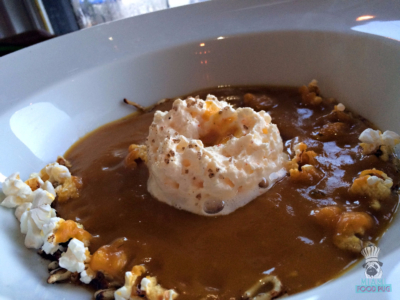 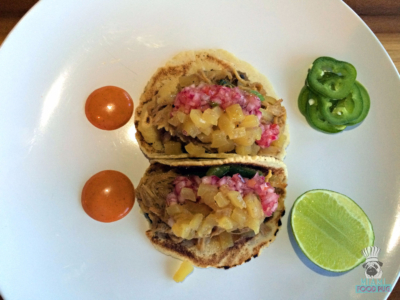 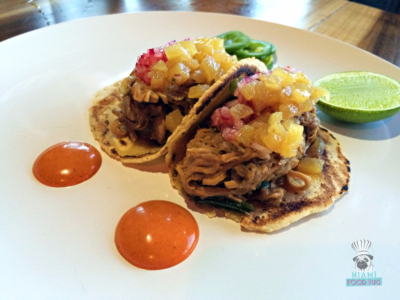 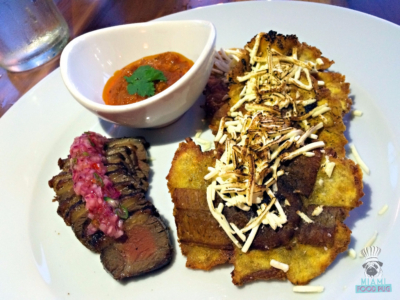 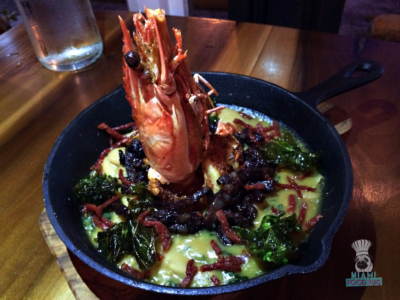 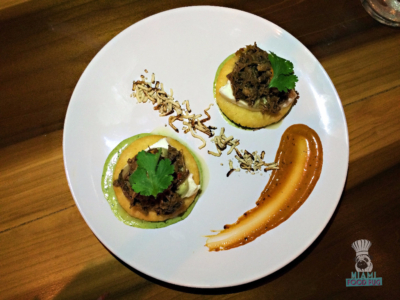 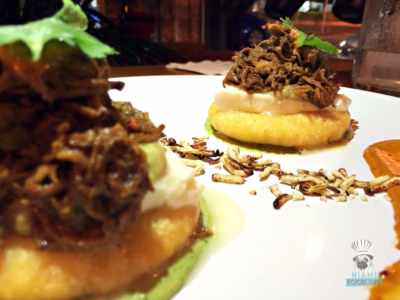 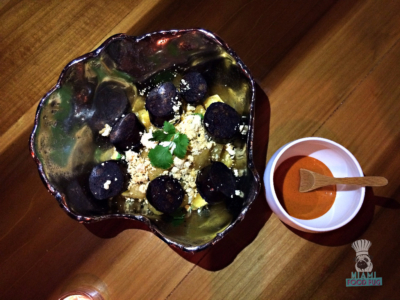 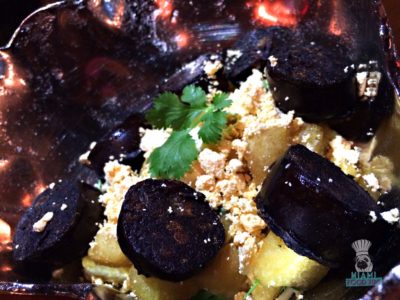 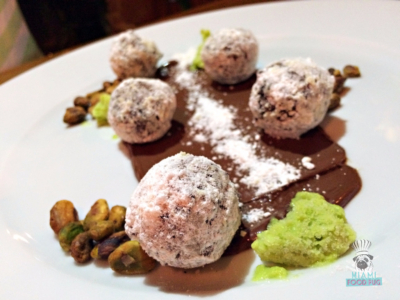 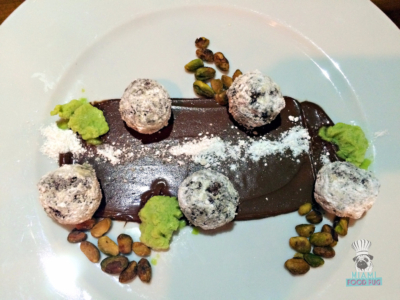 Cardón y El Tirano is located on 3411 SW 8th Street. For hours of operation and more information, call 305-392-1257 or visit their official website.