The Tap Takeover will kick off at Happy Hour along with the Coppertail Tower – a behemoth of shellfish: 12 oysters, 6 clams, shrimp cocktail, crab cocktail, Stone Crabs (of course) and two pints of Jack’s Stone Crab Stout with keepsake glasses for $100.00.

Coppertail believes in crafting flavorful beer for the Florida lifestyle, and Captain Jack’s Stone Crab Stout is as Floridian as it gets. Casey, Coppertail’s brewmaster, started brewing at 18 in Key West and once a year, during Stone Crab season Casey makes the trip down from Tampa to visit his old friend, now ship, Captain Jack Davis to take to the high seas.

On a visit with Tequesta co-founder and head brewer Fran Andrewlevich, they picked up some beautiful Stone Crabs and that gave them an idea. Casey and Fran ran back to throw the day’s catch into the brew boil. They add the Stone Crabs in right at the end, so their flavor is really present in the beer; the sweet Stone Crabs contrast the maltiness of the stout.

Casey and the whole Coppertail Crew will be at Mignonette on Tuesday, cracking Stone Crabs and slinging beers at the bar. Come join us for a drink!

Le Zoo, Stephen Starr’s newest South Florida restaurant, is excited to announce the debut of its new brunch menu. Located in the elegant Bal Harbour Shops, Le Zoo transports diners to the French bistros of days gone by and offers a relaxed atmosphere amongst the hustle and bustle of the nearby shops. The menu offers a wide selection, including delicious egg dishes like eggs benedict and poached egg basquaise with creamy polenta and prosciutto.

In addition to traditional brunch fare like French toast topped with pineapple and freshly baked pastries, Le Zoo will be serving up French classics like French onion soup gratinée, escargots, and steak frites. An extensive raw bar and inspired cocktail list round out the menu to offer the ideal weekend brunch experience. Brunch is available Saturday and Sunday from 11 a.m. to 4 p.m.

In keeping with its exotic oriental roots, Mandarin Oriental, Miami is hosting a vibrant Chinese New Year celebration on Tuesday, February 9, 2016 to usher in the year of the fire monkey in grand style. Guests will delight in unforgettable dining experiences in the hotel’s distinguished culinary destinations – Azul, La Mar by Gastón Acurio and MO Bar + Lounge.

Diners will enjoy a feast for the senses while savoring festive menus brimming with Chinese delicacies and surrounded by colorful décor.  A captivating lion dance performance visiting all three restaurants will add to the excitement of the evening.

Prices are exclusive of tax and gratuity. For more information or to make reservations, please call +1 (305) 913 8358.   Mandarin Oriental, Miami is located at 500 Brickell Key Drive.

SoFi culinary hotspot, Red Ginger, has officially launched its lunch service from 12 p.m. to 4 p.m. daily. The new menu features both ongoing favorites and new additions including entrée salads, rice bowls and bento boxes perfect for a quick sit down lunch, delivery or pick up. The new menu comes on the heels of Chef AK joining the Menin culinary team.

Hailing from the famed Arts Club in Mayfair, London, Chef AK has cooked for international leaders, celebrities and royalty, with a background in French, Indian, and Asian cuisines. Menu highlights will include the Salmon & Crab Buns, Lobster Banh Mi, Wagyu Beef Burger, and Japanese IPA Tempura Seabass. Red Ginger will also be offering four rice bowl options with a choice of Vegetables, Grilled Chicken, Duck Confit or Tiger Prawns served in our R.G. fried rice with Japanesemushrooms, and sous vide egg from $14 – $16.

Plus, four bento box options (Sashimi, Nigiri, Maki, and truffle salmon maki), will include vegetable fried rice, mizuna salad and miso soup and are priced at $19 per person. Alongside the a la carte menu, Red Ginger will offer a three course seasonal menu for $21.

A cheezy celebration is in order! After being “crowned” with three Burger Beast Burgie Awards over the weekend – “Best Food Truck” (five years in a row), “Best Sandwich (two years in a row), and “People’s Choice” – the food truck-turned-brick-and-mortar is ready to celebrate the restaurant’s one-year anniversary! Yep, you read that right. The delicious, ooey, gooey grilled cheeses have been roving around Miami for five years now, but Ms. Cheezious’ Biscayne Boulevard digs are just now turning one! And of course, the team in turquoise is ready to celebrate with its most loyal fans and followers.

On Sunday, January 31st, from 2:00 PM to 6:00 PM, head over to Ms. Cheezious for a Sunday Funday bash fully equipped with melty grilled cheese specials including one-of-a-kind, one-year creations (not available on the regular menu), $1 Sixpoint Brewery Sweet Action draft beers (with purchase of a “Must Have” grilled cheese), “Music Megamix by DRE 88,” and live music by Madrina. Oh, and in case you didn’t know, Madrina consists of Eriko Grover on keys and vocals, George Coronado on vocals, Dave Crisafi on bass, and Carlos Rodriguez on guitar and drum machine. What’s that sound like? Think blues, electronic, and indie rock fusion for clean, melodic, energetic vibes. 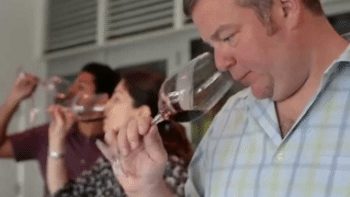 For the first time ever, Uvaggio Wine Bar & Restaurant is honored to announce they will be participating in the world renowned Food Network & Cooking Channel South Beach Food & Wine Festival presented by FOOD & WINE (SOBEWFF®). Miami’s wine themed landmark will be hosting their wildly successful Sommelier Slam as a Bank of America Lifestyle Seminar during the Festival on February 27th at 12 PM.  Uvaggio’s “Head Wine-O” Heath Porter will go against the widely recognized wine columnist known as the “wine wise guy” Anthony Giglio for a comedic, friendly showdown at The Ritz-Carlton, South Beach.  Porter has still remained undefeated in the Sommelier Slam series challenging some of the best in the business like wine directors Eric Larkee of The Genuine Hospitality Group and Daniel Toral of 50 Eggs Inc.

During the event, attendees will not only get to taste the wines and dishes provided but, they will have the opportunity to choose the winning sommelier.  Each pour by Giglio and Porter will be accompanied by a carefully curated dish from Chef Tanner Gil of Uvaggio.  The only information the competitors will receive are the ingredients used by Chef Tanner.  In addition to the friendly battle, guests will enjoy learning about the experts’ philosophies on their selections in an exhilarating entertaining environment. The seminar will be held from 12 – 1 PM at The Ritz-Carlton, South Beach located at 1 Lincoln Road in Miami Beach.

Tickets cost $85 per person and are available for purchase at sobefest.com

On Monday, February 1 at 7 p.m., Casa D’Angelo Owner and Executive Chef Angelo Elia will prepare a delicious four-course Italian dinner that will be served with hand-selected wines from Tenuta San Leonardo winery for a divine dining experience. Each course will feature special dishes to bring out the unique flavors of the paired wine.

Anselmo Guerrieri Gonzaga, owner of Tenuta San Leonardo, will walk guests through each wine pairing as he shares his expertise on the selection and personal anecdotes about the making of each wine.

The evening’s four-course menu will feature:

Price is $125 per person inclusive of tax and gratuity. Limited seating is available. Guests can reserve their seat by calling 954-564-1234 today.