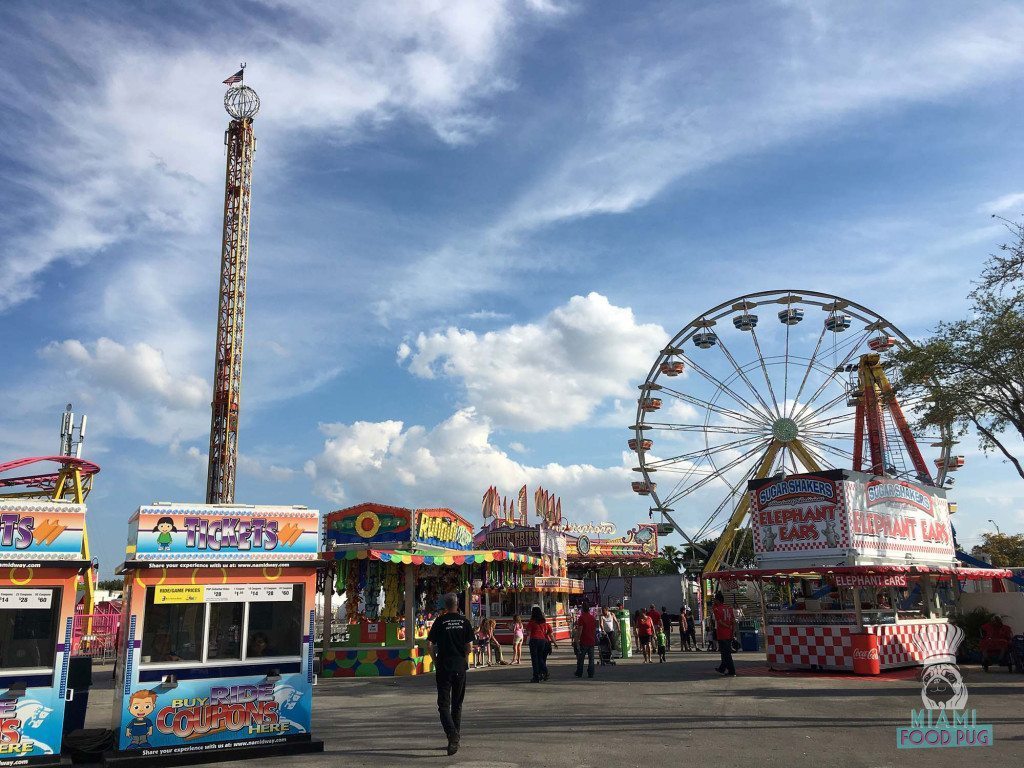 Dianne here. When I think of the Youth Fair I think of three things: carnival rides, school projects, and most importantly, food on a stick. Last year was the first time I got to experience the fried deliciousness the fair has to offer. Yes, I have lived in Miami for 11 years and I went to the fair for the first time last year — stop judging me. Anyway, when we were given the opportunity to try out and judge all sorts of fair food, we jumped at it.

I, along with and Chef Michell Sanchez from the excellent Latin House Grill and Zoe Kelly (catch her on season 2 of Food Network’s All Star Academy), were given three hours to try food from eight preselected vendors. From those eight, we had to determine who had the best dish and who showed the most originality. We had to choose from the following:

Over three hours, we tasted every dish, hid from the beating sun, and took a short detour into the petting zoo (visit the alpacas!). When all was said and done, then came the hard part:decision time. We had tasted such a variety of dishes that it was difficult to single out the one that stood above the rest. “The tacos from were so flavorful!” “But who would think to fry chicken in Frosted Flakes?” “I want to buy the sauces that came with the bacon wrapped chicken on a stick.” “I love that the meatballs can easily be shared.” All valid arguments that were among the many we threw back and forth when making our choices. 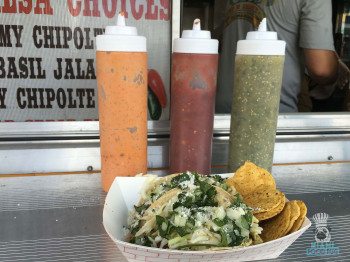 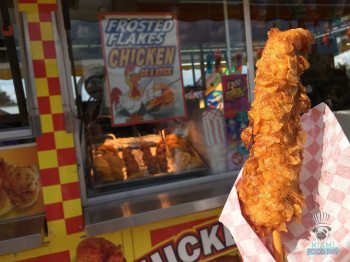 Ultimately, we awarded Best Dish to the 3 Amigos booth for their Al Pastor tacos. They put hours of work, seasoning, and love into their tacos and you can tell in every bite. Most Original went to the Frosted Flakes Chicken-On-Stick. It’s not something we would normally order, but to skip it would be a mistake. Between the sweetness and crunch of the cereal, the zesty batter and the juiciness of the chicken, we were all reluctant to share it with our companions.

The Foodie Awards definitely met my expectation for sinfully delicious foods on a stick and then some! Geoff and I were super honored to be given this opportunity and will definitely be back to try out the other vendors. We encourage you to be your own foodie judges and try all the delectable Fair treats yourself.