One of America’s most dynamic culinary festivals, Cochon555, brings its 2017 tour to Miami on March 25 and 26. The weekend kicks off with Chef’s Course, a one-of-a-kind, 5-course dining experience (in the name of Piggy Bank charity) at Pubbelly Noodle Bar (1418 20th St, Miami Beach, FL 33139), with Chef Jose Mendin.

Hosted by Jose Mendin of The Pubbelly Group on Saturday, March 25 at 7:00PM, Chef’s Course BESPOKE: An Evening of Culinary Modernity, will feature guest chefs Diego Oka of La Mar by Gaston Acurio at Mandarin Oriental and Michael Beltran of Ariete. The evening will take as its theme “Culinary Modernity,” with each chef creating one course that embodies their own conception of the night’s core ideas. The final course will be a group collaboration, in which all four chefs will cook one family-style course representative of what they believe to be modernity.

Premium wine and cocktail pairings will accompany the five course meal following a pre-dinner cocktail reception with passed appetizers presented by House of Angostura. To close the evening, Chef Maria Orantes of Pubbelly Noodle Bar will prepare a pastry course featuring Perfect Puree of Napa Valley. Evan Benn of the Miami Herald, along with Piggy Bank founder Brady Lowe and Communications Director Robert McKeown will be in attendance as guides of sorts – our own culinary Virgils – illuminating for all in attendance the ideas which define our culinary time and inspire Cochon555 events.

Tickets for the dinner are $125 and can be purchased online here.

J. Wakefield Brewing (JWB) will be releasing the following six beers this Saturday, March 25th, at noon at the brewery bay door. Cash sales only. 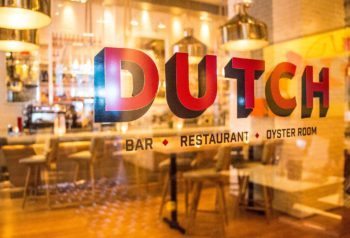 Executive Chef Adonay Tafur of The Dutch at W South Beach Hotel & Residences, has recently unveiled new seasonal fare showcasing the roots-inspired American fare the restaurant has become known for. Tafur, who works closely with Chef/Co-owner Andrew Carmellini, has created an array of dishes for the spring that celebrate garden-fresh flavors as well as reintroduced some select favorites from the restaurant’s earliest days.

Burger lovers will delight in Andrew Carmellini’s famous double cheddar burger, which has finally made its way south from The Dutch New York City. This mouthwatering, succulent double cheeseburger features a secret sauce and of course a side of fries. And, back by popular demand, the little oyster sandwiches are a favorite with a savory picked okra remoulade.

Following the meal, critically-acclaimed pastry chef Josh Gripper offers up amazing creations for dessert. Gripper, who has received both local and national attention for his stunning confections, has added several sweet springtime treats to the popular menu including the chocolate soufflé with hazelnut crunch and dulce de leche ice cream. Churros and doughnuts are the ultimate comfort food with cinnamon and vanilla cream. Also, Gripper’s famous strawberry pie is made fresh daily and served with candied kumquat and mint ice cream. 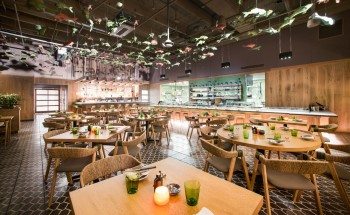 The Juvia Brand has teamed up with Avion Tequila to create a unique “Juvia Barrel” Reposado Tequila made exclusively for Juvia and Sushi Garage. Created and distilled in American Whiskey barrels, Director of Beverage Zarko Stankovik has curated the Ginza cocktail now available at Sushi Garage. Named after the famous shopping district in Tokyo, the mixture burst a picturesque green color matching the scheme of Sushi Garage flawlessly. Made up of Avion Reposado “Juvia Barrel” Tequila, Bombay Sapphire Original Gin, Green Chartreuse, Honey Syrup and Lemon, the drink is sure to be a refreshing hit. 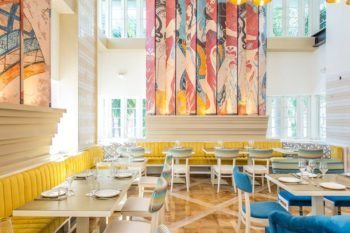 In celebration of the Persian New Year, Miami Beach Mediterranean hotspot Byblos has launched a Nowruz specialty four-course menu featuring traditional Persian dishes and savory Eastern Mediterranean delicacies. Now through April 4th, guests can enjoy a bevy of dishes skillfully crafted by Byblos’ Executive Chef Stuart Cameron and Byblos’ Chef de Cuisine Todd Sprik. This family-style menu priced at $65++ per person will also include an optional wine pairing at $30++ per person for the wine connoisseurs of the table.

Highlights of the abundant culinary offerings include the following: 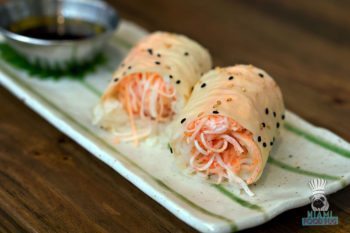 “We strategically select each Pubbelly location based on the neighboring community and surrounding businesses,” said Juan Fernando Ayora, CEO of the Pubbelly Group. “We currently have locations throughout Downtown Miami, Miami Beach, Brickell, Aventura and the Dominican Republic. We chose to open Pubbelly Sushi at Downtown Dadeland because it’s one of Miami’s newest foodie destinations. We are confident that the local community will welcome us, as has happened in our other South Florida locations. Chef Jose Mendin with his vision is changing the way we enjoy sushi, making it a fun & inviting experience”

A fusion of Asian and Latin styles, Pubbelly Sushi prides itself on being a next-level, neighborhood sushi restaurant, where casual dining meets superb service, food and flavor. Along with customer favorites such as the Butter Krab Roll, Big Eye Tuna Roll, and Crispy Salmon Roll, Pubbelly Sushi Downtown Dadeland will feature a bigger bar than its sister locations, along with a specialty craft beer and cocktail menu.

Pubbelly Sushi joins a number of other chef-driven concepts that have been opening shop at Downtown Dadeland’s revitalized urban culinary center since DHPI LLC, a joint venture between Duncan Hillsley Capital and PEBB Capital, took over in 2014.

Too often restaurants use brunch as an excuse to pair cheap champagne with diluted orange juice, but all brunch-goers deserve to switch it up and enjoy their waffles with a boozy beverage worth talking about. Stepping up their brunch game, Stephen Starr’s Steak 954 is debuting six new brunch cocktails starting April 1st. Beverage Manager Simeon Humphreys crafted the not-so-basic libations to reflect the restaurant’s brunch which is “fun and a little flirty, yet polished and true to our history.”

From cold brew coffee mixers and coconut water ice cubes to a Japanese-inspired drink, the menu offers something to impressive every spirit lover. Stop in for brunch Saturday or Sunday from 11 a.m. to 3 p.m. to try out the new selections.