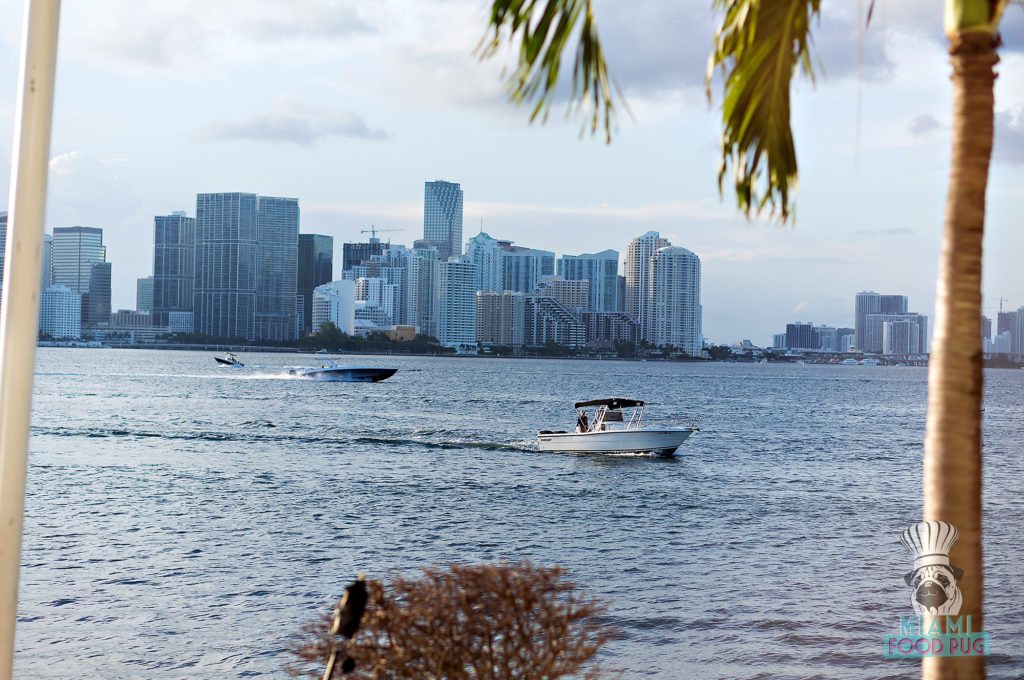 If you were to ask us which restaurants have the best views in Miami, Rusty Pelican would be one of the first restaurants to come to mind. The Key Biscayne waterfront establishment has served as a breathtaking backdrop for many a special occasion in its decades-long history.

The restaurant recently made a few changes to the menu, adding a bevy of new items to keep diners on their toes. Here’s a closer look.

A visit to the Rusty Pelican has one requirement: a large appetite. If the headline didn’t give it away already, the portions here are just as big as your view of the skyline. Meals start with the addicting Jalapeño cornbread, which is a meal in itself. Once you’ve ordered your drink from the extensive list of craft cocktails — go for one of the super-herbaceous Gin and Tonics — take your time figuring out your plan of attack; the menu is expansive, so don’t be afraid to ask for recommendations.

The Prime Beef Tartare was our first of two appetizers, and its buttery brioche continued the evening’s onslaught of delicious carbs. The dish — which included a quail egg, black garlic and foie gras — is the definition of decadence. Those who prefer something on the other side of the spectrum should opt for the Chilled Crab Salad. Not only is the fresh crab meat well worth writing home about, but you can also expect clean, crisp flavors courtesy of the fennel, orange and cucumber. It’s a palate party.

In addition to a wide selection of appetizers, there are sushi, sashimi and nigiri options as well as a raw bar including bites like Lobster Tail and Alaskan Snow Crab Claws. If you do order from these sections, we suggest you order conservatively since your mains are humongous. For example, the Branzino a la Plancha could easily serve an entire table. It’s even conveniently cut into four small fillets, which makes it ideal for sharing. Same goes for the Herb Crusted Lamb Rack, a dish where the lamb chops are plentiful and flavorful. It’s enough food to last you for at least a few days — the Rusty Pelican doesn’t skimp.

Assuming you have room for dessert, the Passionfruit Semifreddo is the way to go. While its size matches that of its savory predecessors, it’s still on the lighter side. Ultimately, the Rusty Pelican ensures you won’t leave hungry — or become hungry within the next 48 hours. It’s a place with a big personality and the food to match. If you’ve never been, come and see what the fuss is about. And if you’ve already been, the new menu warrants another visit. Just make sure to bring an appetite.

The Rusty Pelican is located at 3201 Rickenbacker Causeway on Key Biscayne. For hours of operation and more information, please visit their official website or call 305-361-3818.