Amare to Open in SoFi

The restaurant welcomes guests from early morning, when a la carte homemade pastries and coffee beverages are available, to late night. Under the direction of Chef Cassano, Amare’s menu stays true to the time-honored dishes found throughout the small towns and villages along the Italian coastline. Fresh, seasonal ingredients are highlighted in Amare’s carpaccio and tartar selections, salads, artisanal pasta dishes, and entrees from both land and sea. 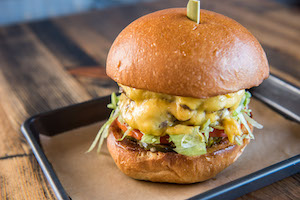 Henry’s Sandwich Station, located at 545 NW 1st Ave, Fort Lauderdale, has redesigned their menu to celebrate their one year anniversary. Known for their cutting-edge cuisine and artisanal sandwiches, they will now be offering a full breakfast menu, updated lunch specials, and extended hours. Henry’s Sandwich Station will be officially celebrating their one year anniversary at the upcoming Flagler ArtWalk on Saturday, February 23rd.

In an effort to bring more breakfast options to downtown Fort Lauderdale, Marc Falsetto, CEO of JEY Hospitality, decided to open earlier at 7:30am and provide breakfast all day for fast paced customers that want a great meal on the go. JEY’s Corporate Chef, Robbyns Martinez added the following options for their initial roll out:

Other exciting menu changes include lunch specials where customers can now add chips and a craft fountain soda from Stubborn Sodas for only $4. Additional new menu items include the Double Cheeseburger, Korean Fried Chicken Sandwich, and the Truffle Philly. To cater to a variety of dietary preferences, Henry’s will also be featuring a rotating vegan/vegetarian item and salad of the week. 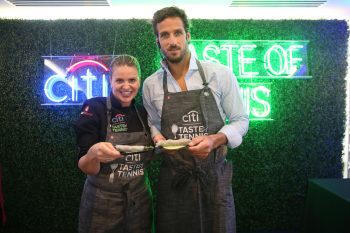 Citi Taste of Tennis is a must for all local foodies and tennis fans. The action-packed evening will feature signature cuisines prepared by top chefs paired with some of the world’s best tennis players. Guests will enjoy up close and personal interactions with their favorite athletes and chefs and an array of amazing cocktails, music and interactive sponsor experiences. Past participants include tennis favorites Venus Williams, Alexander and Mischa Zverev, Elina Svitolina, Genie Bouchard, Caroline Wozniacki, Mike and Bob Bryan, Feliciano Lopez and many others.

This year’s chef lineup consists of some of Miami’s star chefs and visiting chefs including, but not limited to:

Tickets to the event are $200 and include unlimited food and drink throughout the evening. Group discounts are also available. For more information and to purchase tickets, please visit www.tasteoftennis.com/miami.

Sugarcane Launches ‘Made in Miami’ Menu

This month, Midtown Miami’s SUGARCANE raw bar grill is celebrating its roots by launching a “Made In Dade” menu featuring dishes inspired by the Magic City. The menu will be available from Feb. 15 through April 15 and will showcase several fan-favorite dishes that diners fell in love with when the restaurant first opened, plus new items inspired by the flavors, colors and culture of Miami.

Since its opening in 2010, SUGARCANE raw bar grill has been one of Miami’s greatest homegrown success stories. The restaurant, an anchor of Midtown Miami, was quickly hailed by Miami Herald, Johnson & Wales University, Eater and Miami New Times among the best new restaurant openings of the year, and was a James Beard Foundation Awards semi-finalist. The brand has since expanded to two other locations nationally, in Las Vegas and Brooklyn, New York, and inspired spin-off restaurants in London, Duck & Waffle and Duck & Waffle Local.

The new “Made in Dade” menu, created by Balloo, draws bright flavors and inspiring ingredient combinations together for shareable small plates. SUGARCANE raw bar grill’s mantra of “kick back, eat well, stay a while” is reflected in the three sections of the special menu.

In the “Kick Back” section of throwback dishes, guests can expect Truffle Parmesan Chicken Necks ($6) to start, elevating an unexpected part of the poultry to a fun, delicious starter. Savory Pork Belly Bao ($14) are topped with apple kimchee and crunchy cucumber. To highlight Miami’s plethora of fresh seafood, Chef Balloo is bringing back the Yellowtail Hamachi Crudo ($14) with grapefruit segments, creamy avocado and sprinkled with black lava salt. Finally, vegetable devotees will love the Grilled Cauliflower Bagna Cauda ($12) .

Next, guests are invited to explore the “Eat Well” portion of the menu – all new dishes exclusive to this special menu. Offerings include the photogenic Squid Ink Fideos ($17) with salsa verde and bearnaise sauce and the Hamachi Crab Roll ($16) topped with avocado aioli and Japanese pickles. Rounding out the selection is a Swordfish “Ajo Blanco” ($21) with fried almonds.

The final “Stay Awhile” section of the menu highlights the restaurant’s signature dish, which inspired the spin-off restaurants bearing its name. The Duck & Waffle ($23) features a crispy confit duck leg with duck egg and mustard-maple sauce atop a fluffy waffle. 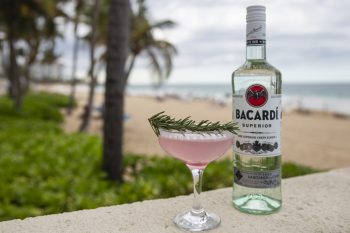 The BACARDÍ Legacy Cruise Competition is an annual global search to find the best bartender in the cruise industry with a cocktail that can stand among Bacardí’s
heritage classics. This was Cvijetic’s first bartender competition. Cvijetic, a 31-year-old from Bosnia who is currently aboard Carnival Conquest, took home the gold for her custom-created libation, “Purple Sunset,” a signature cocktail mix of Bacardí Superior, Monin Lavender Syrup, lemonade, fresh lime juice, MARTINI Prosecco and fresh rosemary.

In addition to a $4,000 cash award and an etched trophy, Cvijetic’s victory earned her a spot in Bacardí’s global finals this May in Amsterdam where she’ll compete against 38 domestic market winners for the ultimate title.