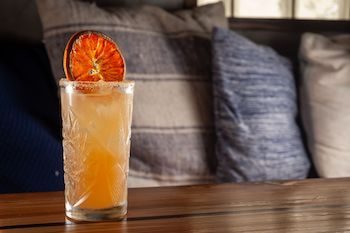 Along with the eight new signature cocktails, Taquiza has expanded the margarita lineup with a classic marg on tap (available in glass [11] and pitcher [44]), a spicy marg [13] featuring resposado tequila, chile de arbol, agave, and fresno tincture, and refreshing frozen marg [12] with blanco tequila, simple syrup, and lime with the option to “make it a Cadillac” = shot of Grand Marnier for +$2. Oh, and did we mention happy hour? Every Monday – Friday from 4:30 to 7:30 PM in North Beach and South Beach only.

Some of the new cocktails include:

I Love You… Azafran [12]
Saffron-infused Tequila, Mexican Honey Syrup, Lime
[Variation of the margarita. Features traditional spices and herbs used in Taquiza’s braised meats, and topped off with an edible, dehydrated corn wheel sourced from the already popular “Elote” side. “Azafran” = saffron in Spanish. Get it?]

Forbidden Fruit [12]
Tequila, Brown Sugar Cordial, Grapefruit Soda & Juice, Lime
[Variation of the Paloma. Uses the grapefruit zest and juice in both the cordial and cocktail, topped off with Jarritos Grapefruit Soda, and garnished with an edible, dehydrated grapefruit wheel. Grapefruit was originally named the “forbidden fruit”. Thanks, Adam and Eve.]

KYU to Open in Mexico City 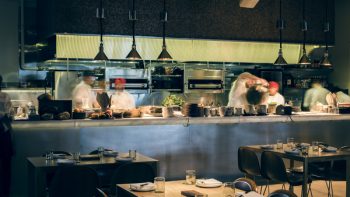 Chef Michael Lewis and restauranteur Steven Haigh, the duo behind the award-winning Miami restaurant KYU, have announced plans to bring their Asian-inspired, wood-fired concept to Mexico City, Mexico this fall.

After three wildly successful years in Miami, the KYU co-founders will launch their second location in the vibrant neighborhood of Polanco on the cross streets of Presidente Masaryk and Goldsmith. To help introduce the concept to the new market, the KYU team has partnered with Grupo Lujor, a Mexico-based company specializing in the restaurant and hospitality industry.

Featuring the same globally-inspired dishes that have put KYU’s kitchen on the map, the menu will include signature favorites such as the Whole Roasted Cauliflower with shishito herb vinaigrette and goats’ cheese, Wagyu Beef Brisket with black shichimi pepper, Crispy Tuna Tartare with smoked chili and Thai Rice Stone Pot with Alaskan King Crab.

Not to be outdone by the exquisite food menu, the elevated bar program will offer seasonal, Asian-inspired cocktail selections that are designed to perfectly compliment the dishes. Guests can also expect a prominent whisky selection and bottle program as well as curated wine and sake menus.

Incorporating raw concrete and natural wood finishes, touches of greenery and bold graffiti art by famed street artist 2ALAS; the new space will feature design elements that mirror its sister location while also embracing the vibrant culture of Mexico City. Guests will have views of the large open kitchen with the focal point being the open-fire grill and smoker. Accommodating up to 120 guests, the space features both indoor and outdoor seating, including a large terrace with a retractable roof and an upper level with plans to house a speakeasy cocktail bar.

In 2016, Chef Michael Lewis and his business partner Steven Haigh established KYU as a standout restaurant amidst Miami’s competitive dining scene with a daring and worldly menu influenced by Chef Michael’s continent-hopping career. Prior to opening KYU, Chef worked under influential Chefs such as David Bouley and Jean-Georges Vongerichten, ran kitchens from New York to London to the Bahamas, and led a team at Zuma as the Global Executive Chef. In its first year, KYU earned a James Beard nomination for “Best New Restaurant” and was named the “Best Restaurant in Florida” by TIME. 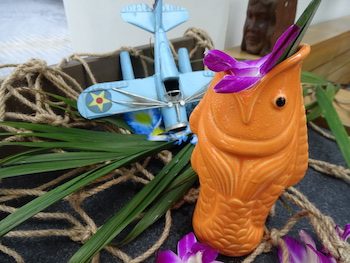 On Friday, August 16th, the Jet Pilot will make a crash landing in Miami Beach’s North of Fifth neighborhood, bringing JET PILOT – a unique late-night tiki pop-up experience to Washington Avenue. Chris Resnick and the team behind Minnow Bar will be present at the crash site, slinging drinks with luau flair. Open on Fridays from 10 pm to 2 am only, the late-night themed pop-up will feature tiki cocktails and small bites, available throughout the summer.

“The Jet Pilot is a classic tiki cocktail, dating back to 1950’s Beverly Hills,” shares Resnick. “We wanted to pay homage to this classic and the tiki movement while creating a fun and unique,” he says. The story behind the fictional JET PILOT is equal parts Don the Beachcomber and Gilligan’s Island: once upon a time, there was a Jet Pilot flying around, exploring the Pacific Islands. He was having a great time jamming out to Harry Belafonte’s “Jump in the Line”, when all of a sudden he was lost in thick clouds of smoke and before he knew it, his jet crashed into the side of an erupting volcano. Miraculously he, and his last bottle of rum, survived the crash. The local island women say he must have had the luck of Pele, the goddess of volcanoes. Mix vigorously and you get a truly unique Miami Beach pop up bar.

JET PILOT will pop-up every Friday in an intimate open space, colorfully decorated with bamboo umbrellas, torches, flamingos and all things “tiki.” To find the secret entrance, look for the lit tiki torch on 6th street side of the Kimpton Angler’s hotel. JET PILOT will land in Miami this summer through Thanksgiving 2019. 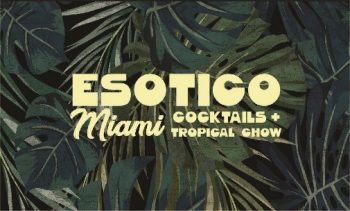 Graspa Group is pleased to announce the much-anticipated opening of its newest concept, Esotico Miami. The tropical, tiki-themed restaurant and bar is now open and serving dinner. Conceptualized by Graspa Group partner Daniele Dalla Pola (DDP), Esotico Miami is located in downtown Miami at 1600 NE 1st Avenue on the ground floor of the sleek Canvas Condominium Complex in the heart of the Arts and Entertainment District. The restaurant will be a draw for foodies seeking a taste of exotic bites as well as some of the most creative and potent drinks in town.

DDP – considered one of the world’s best tropical mixologists – has created an immersive and innovative experience for guests. The eclectic drinks menu reflects DDP’s international influences with vibrant, delicious and dynamic concoctions. A cocktail globetrotter, DDP has travelled the world learning the craft of libations inspired by remote locales. Esotico Miami’s “tropical chow” menu perfectly complements the drinks with an array of culinary options. 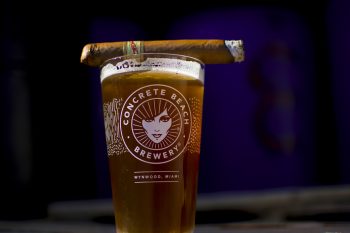 Wynwood-based Concrete Beach Brewery will celebrate Cuba with a month long Havana Nights series, including multiple themes every Friday, throughout the month of August. On 8/9, the brewery revisits a ‘90s summer classic, with Dirty Dancing, then tests out beer cocktails with some dominoes on 8/16. On 8/23, CBB will partner with CubaOne to host a panel discussion covering topics on exploring identity and “Afro-Cubanness.” The finale event on 8/30 will feature a pig roast and potluck. 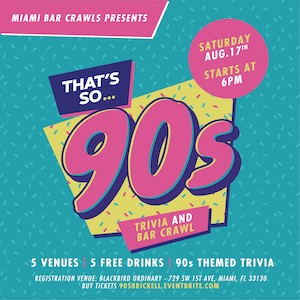 Join Miami Bar Crawls on Saturday, August 17th for a “That’s So 90s Trivia & Bar Crawl” at five participating venues in Brickell. The fun starts at 6 p.m. at the host bar, Blackbird Ordinary. Attendees will receive a free drink at each venue, along with drink specials throughout the night.

Trivia will take place at the start of the night at Blackbird Ordinary. Dressing up is encouraged and teams that dress up in 90s fashion will get bonus trivia points. The grand prize for the four winning teams is a $100 cash prize along with “That’s So 90s” Glow In The Dark medals.

There will be three ticket options: 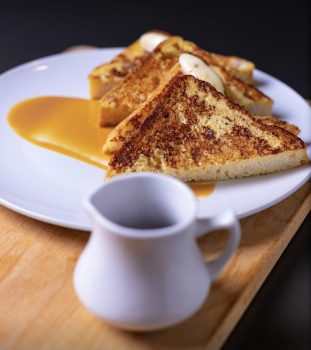 Beat Culture Brewery is launching weekend brunch this weekend with a special limited bottle release of Chismosa Mimosa on Saturday, August 17th. Chismosa Mimosa is a champagne-like beer brewed with Florida oranges intended to imitate a mimosa, the drink of choice for all weekend brunches.

The brunch menu, curated by Chef Giorgio Rapicavoli, will incorporate beer elements into the dishes like French Toast with bacon butter and beer dulce de leche.

Brunch at Beat Culture will be available Saturday and Sunday from 8 a.m. to 3 p.m. 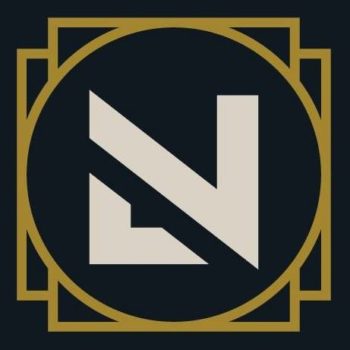 NightLife Brewing Co. is hosting its first domino tournament on Saturday, August 17th at 2 p.m. in their outdoor beer garden. Attendees and spectators alike will enjoy beer specials like the Cabana Pils for $5 all night long, along with music, and food by Mr. PB and J.

On Sunday, Hamilton Barkley is hosting his first Doggie Meet-Up at NightLife Brewing Co. on Sunday, August 18th from 2 p.m. to 5 p.m. Man and girl’s best friend will enjoy mingling with their fellow fur buddies while they convince their pawrents to buy them goodies from the various doggie vendors that will be on-site including Live Pawsitively, The Bear and The Rat, Paws with Style, and Pet Wants. They can even have professional photos taken thanks to Marthinsen Photography.

Dog moms and dads don’t have to feel left out! While their fur children are having fun, they’ll be enjoying happy hour pricing on NightLife beers.

NightLife Brewing Co. is located in Little Havana on the first floor of the Home Plate Garage at Marlins Park. 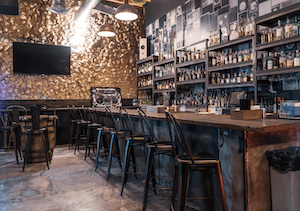