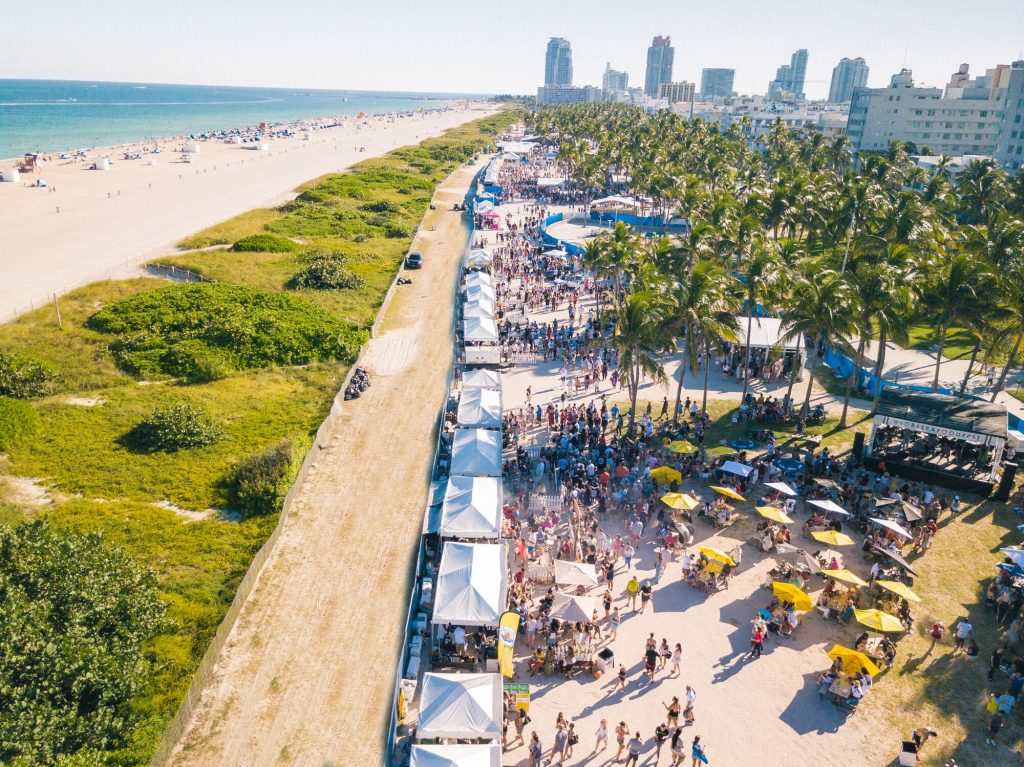 The seventh Annual South Beach Seafood Festival is back to take over Miami in October on the sands of South Beach between October 22-26, 2019. This Florida seafood festival is not your typical east coast seafood festival or like any other South Florida seafood festival. The South Beach Seafood Festival is a culinary showcase of epic proportions as this curated week long experience showcases the best talents of South Florida’s leading chefs and culinary masterminds via a diverse group of events where guests experience the best seafood in Miami and kick off world renowned stone crab season.

Touted by USATODAY as one of its Top 5 Specialty Festivals in the country, and by the Travel Channel as the best seafood festival in the US, when you hit Miami in October, the South Beach Seafood Festival is the place to be for five days of fun, all to benefit a great cause in Miami Dade County with CI Foundation’s EAT SMART program.

Craving a South Florida seafood festival type of day? Saturday’s beachfront event, the South Beach Seafood Festival, brought to you by William Hill and presented by Jack Daniel’s, City of Miami Beach, GOYA Foods, and Baptist Health South Florida, spans five blocks and welcomes over 14,000 seafoodies to enjoy a curated culinary day of fun in the sun in the South Beach chic way. 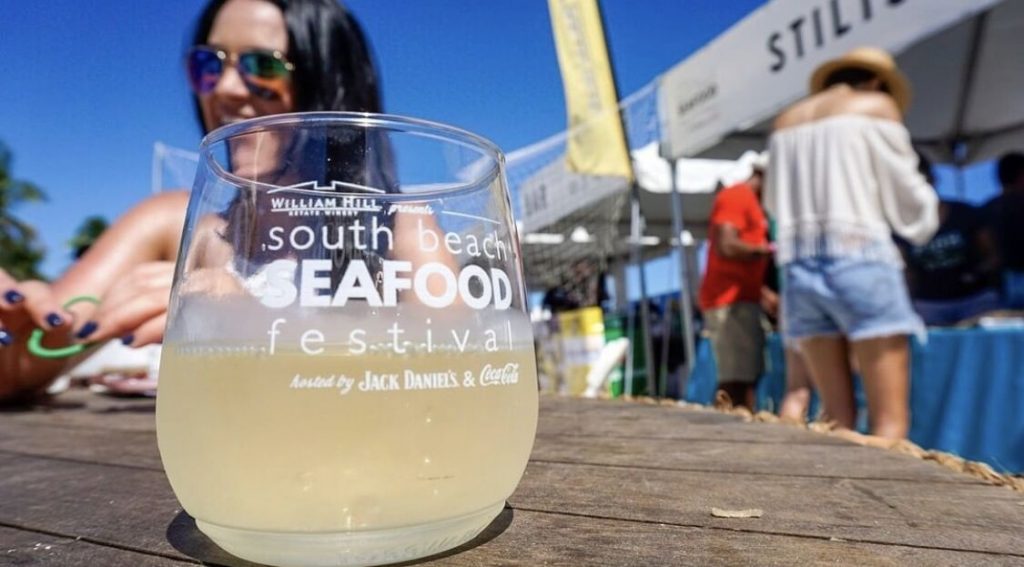 Some of the restaurants participating this year include Bodega, Joe’s Stone Crab, Diez y Seis, Rusty Pelican, Maska and Naked Taco. Aside from the food, here’s what you can expect with your General Admission ticket: 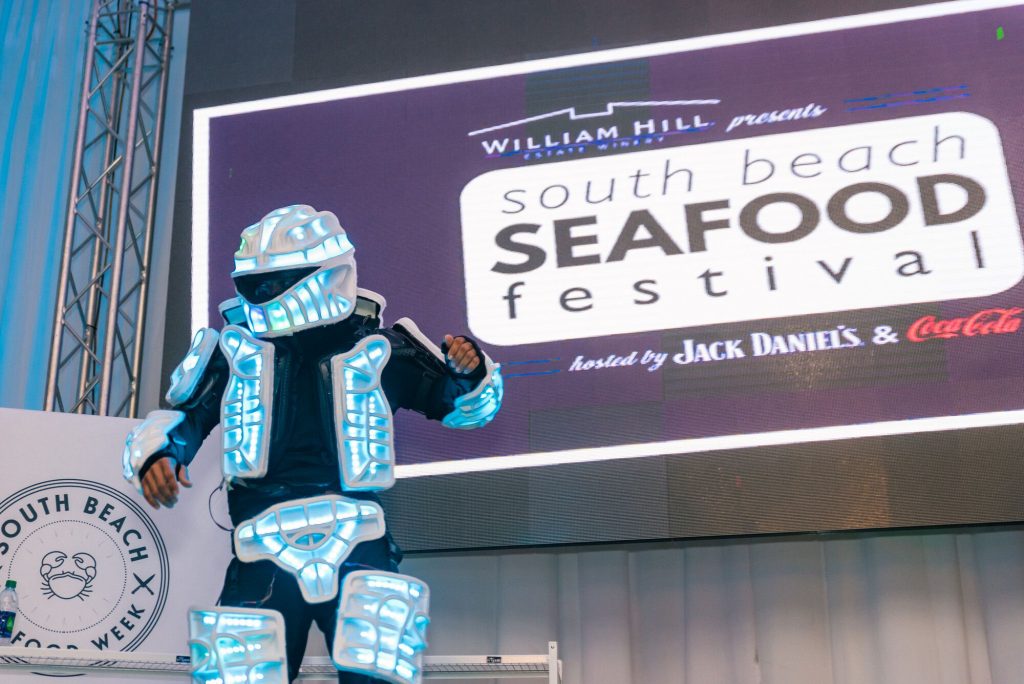 If General Admission fun isn’t enough, become a VIP to check out the 1 ½ block VIP Experience with even more perks:

Ahead of Saturday’s festival, there are loads of delectable fun for the culinary inclined: 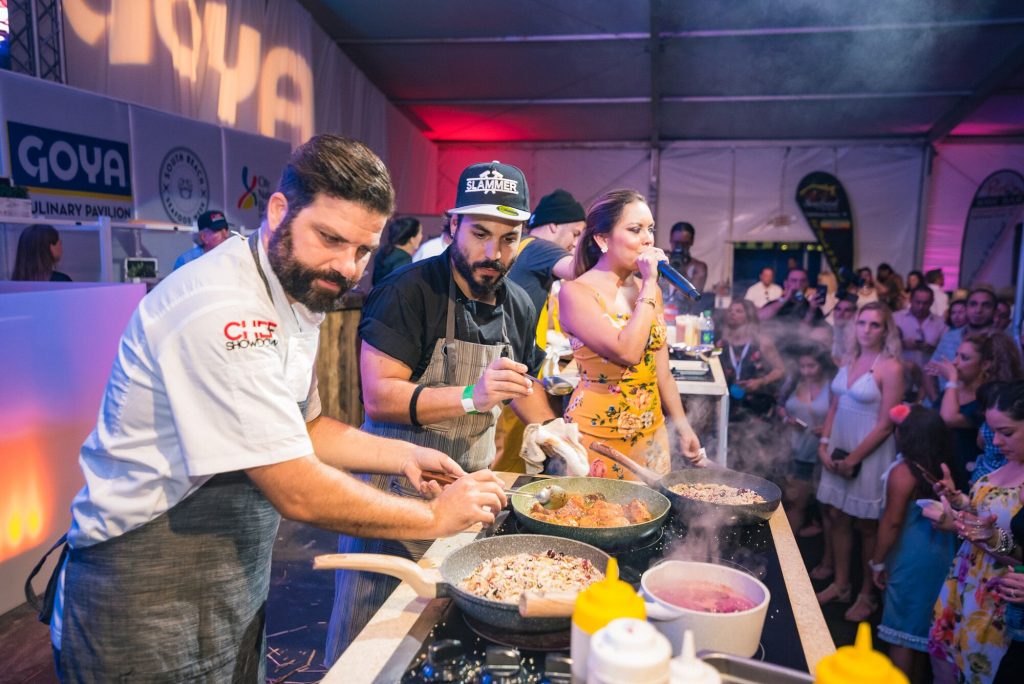 This VIP beach bash defines over the top! See and be seen at the ultimate VIP CHEF SHOWDOWN this Miami in October as we indulge your senses with the best from Miami’s best chefs, mixologists, DJs and so much more.

Brought to you by Talbott Vineyards and presented by GOYA, Jack Daniels, and Celebrity Cruises.

The Chef Showdown is the battle of all battles where the finest South Florida chefs show off the best seafood in Miami at 11th & Ocean Drive at the GOYA’s Culinary Pavilion inside the Land Rover North Hospitality Village.

14 chefs are paired head-to-head to create seven different seafood battles where we tell guests to #CHOOSEYOURCHAMP. Guests visit different battle stations to sample competition-level cuisine and vote for their favorite in each battle. Throughout the night, battling chefs take the GOYA Culinary Pavilion kitchen stage to put on a show! A panel of judges, along with the guest vote, decide who takes the championship title for showcasing the best seafood in Miami.

2019 battles will be announced at the beginning of September.

2018 Champions returning to defend their titles include:

Additional battles will include Tuna, Oyster, and ARENA Chef’s Choice.

Bundle VIP Weekend passes are available for VIP access to both Friday and Saturday, with additional options for host hotel package inclusions at Shore Club. Email info@sobeseafoodfest.com for more information.

Tickets can be purchased for all events at www.sobeseafoodfest.com

National Bagel Day has come and gone, but @einstei