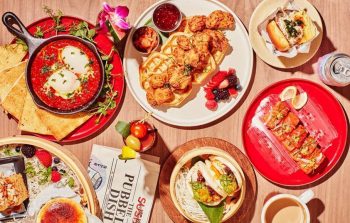 Kicking off the new menu is an iconic old favorite, the N.E. Lobster Roll ($14), which was part of the 2011 opening menu and will now have a permanent place at brunch. Other dishes range in complexity and creativity like the Onsen Tamago Shakshuka ($16), Mendín’s take on the traditional Middle Eastern breakfast dish, which includes soft-baked eggs in a homemade tomato-anticucho sauce; and the Korean Chicken & Waffles ($22), which is a spin on one of the Southern classics, but with kimchee slaw and honey-chili-garlic glaze.

Three new pastries have been developed by the incomparable Maria Orantes, Pubbelly Sushi’s resident Pastry Chef. Instagram feeds will rejoice with these photogenic and equally mouthwatering desserts that include a Japanese Cotton Cheesecake ($6); a Yuzu Key Lime Cinnamon Roll ($5) with a blend of five spices, ginger and citrus; and a Spiced Coconut Blondie ($5) topped with toasted coconut shavings and drizzled white chocolate.

A brunchy cocktail menu is the most notable marriage of east meets west with a Tropical Sake Mimosa ($13) of pineapple and passion fruit purees with sake and sparkling rosé; a Drunken Café con Leche ($14), with Nigori sake, heavy cream and espresso; a Sangria Flight ($18), including tropical, lychee and watermelon flavors; and a Bloody Mary ($16) made with house sake, fresh lemon juice and Clamato.

Brunch will be offered at all four Pubbelly Sushi locations, including Aventura, Brickell City Centre, Downtown Dadeland and Miami Beach, every Sunday from 11:30 a.m. to 4 p.m. 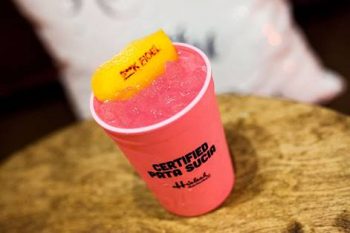 Kush by Stephen’s will commemorate the anniversary of Fidel Castro’s last day on earth with a Cuban-style pachanga and Sangsgiving Food Drive benefitting The Kiwanis Club of Hialeah. In true Hialeah spirit, the Kush by Stephen’s team will be roasting an entire pig in a Caja China for guests to enjoy.

The “El Cubano Completo” ($15) tasting plate will include a generous portion of Lechón Asado, Moros and Yuca along with Kush Hialeah’s signature “Pata Sucia Punch”, served in a souvenir cup and for dessert, a shot of Kush’s very own Coquito. To keep the festivities going, at 10:29PM complimentary Havana Club Rum shots will be passed along for a proper farewell toast.

The festivities kick off 5 p.m. on Wednesday, November 25. 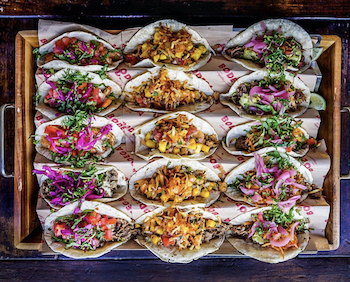 Now open daily from 11:30 AM – 12 AM, Bodega Taqueria y Tequila, Fort Lauderdale mirrors the flagship South Beach location, doubling as a fast-casual taco joint and a late-night speakeasy-style lounge. The front half of the venue is a taqueria featuring an authentic Mexican street food menu created by culinary director and Chef Bernie Matz.

Guests order from a full-sized, retrofitted vintage airstream trailer turned into a taco truck and then dine in the garage chic seating of picnic tables, neon bar stools, and graffiti walls. In addition to the regular menu, a weekend brunch menu is available.

Sweet Liberty to Reopen Next Week 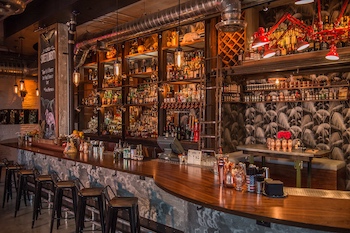 Ladies & Gentleman, it’s the moment we’ve all been waiting for…local’s favorite neighborhood bar Sweet Liberty Drinks & Supply Co. is finally RE-OPENING and welcoming a brand-new face to the team! World-renowned bartender and widely published food & drinks writer, Naren Young, will be joining Sweet Liberty’s bar team as the new Creative Beverage Director. As the first to uphold this role since Sweet Liberty’s founding father, John Lermayer’s passing, Young is extremely passionate and eager to take on such an immensely prestigious title and has been welcomed with open arms by the beloved bar family.

Beginning Thursday, November 24th, Sweet Liberty will be re-opening their doors to the public with a brand-spankin’-new cocktail menu, carefully curated and implemented by Naren Young himself. Naren brings over 25 years of experience in the bar & hospitality industry to the Sweet Liberty team. Previously recognized as ‘The Cocktail Guy’ for the Avroko Hospitality Group in New York, Naren created and oversaw the cocktail programs at all five of their U.S properties, which under his guidance, led to several highly-esteemed accolades at the Tales of the Cocktail Spirited Awards for multiple years in a row.

Sweet Liberty will also be reopening with a revived food menu by the much-loved James Beard Award winning chef, Michelle Bernstein. The star chef, named best chef in the South by the James Beard Foundation in 2008, will be adding several new seasonal additions to the menu, which will all be available for guests to indulge in beginning Thursday, November 24th.

Tuna tataki from @thewagyubar. Check out our full

@jaguarsunmia is reopening in downtown later this

Thinking about the Chug Burger from @arietemiami o