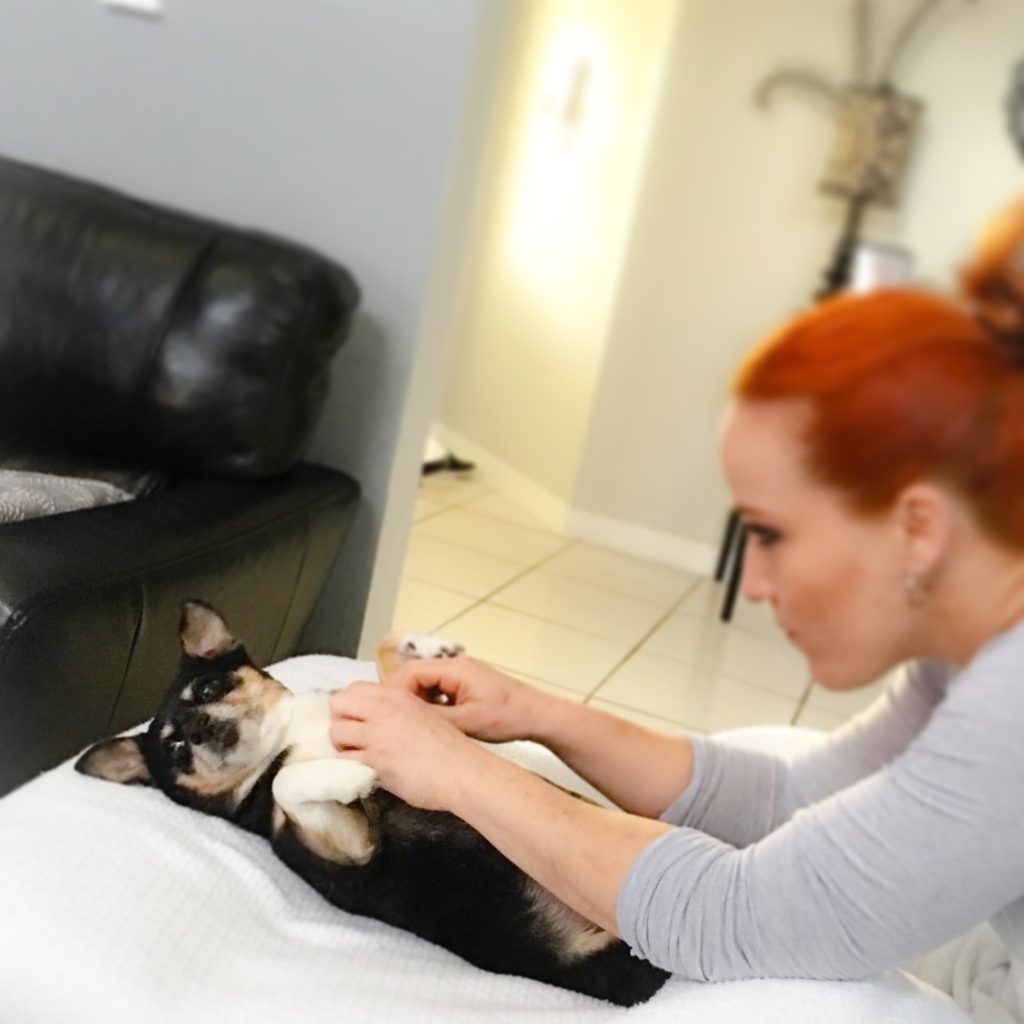 There was something about Coby’s sweet little face and tiny white paws that drew me to him. Coby was the runt of his litter and born in the amniotic sack. Because he was born so small and weak, he was often beat out by his sisters who wouldn’t allow him to eat. You know how everyone always secretly roots for the underdog? Coby was it.

His survival rate being slim because he couldn’t get to his mom’s breast milk, I had to dropper-feed him baby’s cereal milk until he grew teeth. At the time, it was a little stressful because I was in culinary school and I would run home to feed him if I had a break between labs or classes, but here we are 11 years later and my boy is lively as ever!

When Coby started to get a little bigger he looked like a tiny bear cub, so we started calling him Cubby.  The name stuck for a while before my Cuban family kept pronouncing Cubby as Coby. Finally, thanks to the typical Cuban mispronunciation, Coby stuck.

In light of not being able to stick with Cubby,  I tacked on Wiley as his middle name, which comes from Wiley the Coyote to reference Coby’s lighting speed.

Coby is truly a breath of fresh air each and every day. His happy attitude brings light to each of my days no matter the circumstance and while he is very happy-go-lucky, he is also very protective of me and my mom. You can usually find him standing guard as new guests come over. He’ll scope out the vibes of this strange new face and you’ll know his approval within five minutes.

My life is better because I have Coby. I always said he’s been one of God’s greatest blessings to me. My day is better when I get to give him a new toy and watch him play with it, or watch him wag away with one of his favorite treats. I also love cooking for him. I make him half a rack of our New Zealand Lamb, and he devours it. Coby may just be the biggest fan of our lamb.

Coby is a foodie just like me and loves trying new things. I like to think that Coby’s palate is highly advanced for a dog. I also think he’s as enthusiastic about things like me. I can always sense his excitement … people tell me I am the same way LOL!

I have so many funny stories about Coby! For one, he is severely afraid of mosquitoes so he hides under the bed when there’s one around.  Next, after he uses his pee-pee pad he always folds it over (I wish I had a secret camera to watch him do it); he’s a gentleman after all. And lastly, I know he counts up to three because every morning, he begs for exactly three treats and doesn’t remove himself from the pantry where they’re at until he’s given the three treats.

Coby is an advocate for pet adoption and has starred in promotional segments for NBC 6 for pet shelters.

Miami Food Pug … of course. Not only for your Wag Wednesday features, but I love trying new things and you guys have GREAT recommendations.