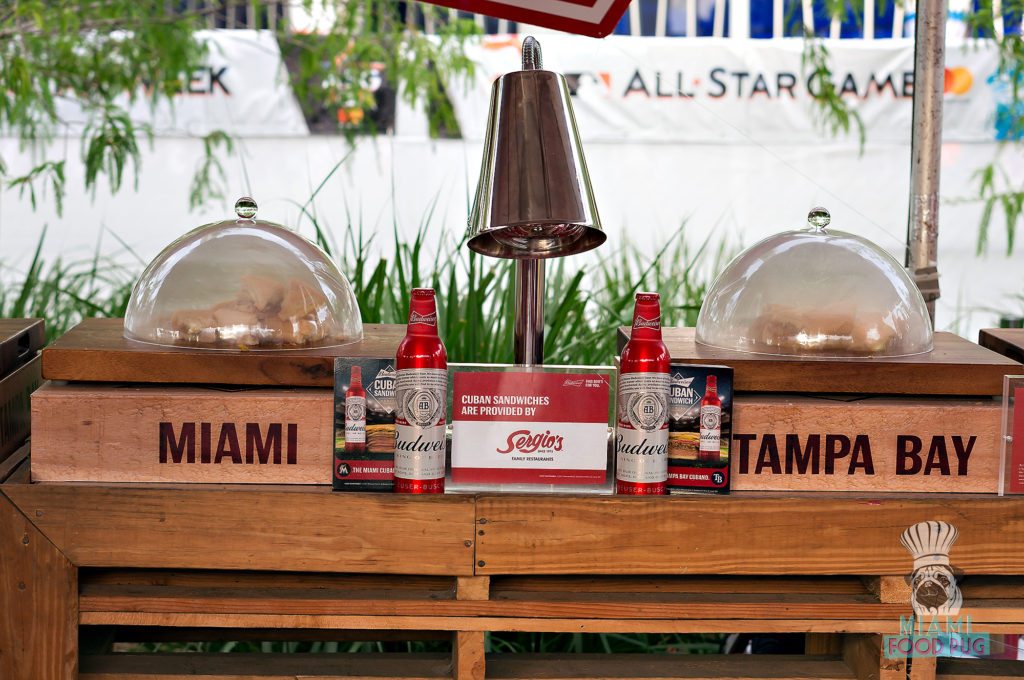 Things are heating up this summer as Budweiser aims to settle a decades-long debate over which city – Miami or Tampa Bay – has the best Cuban Sandwich. The company partnered with the Miami Marlins and Tampa Bay Rays baseball teams during the famed Citrus Series, which kicked off the action. Since then, Budweiser has been tapping into local resources and influencers in each city to help spread the word.

“The Cuban sandwich is an iconic piece of each city’s culinary heritage and we’re excited to finally settle the score over which one has the better sandwich,” said Eddy Leal, Experiential Manager, Southeast Region, Anheuser-Busch. “We’re lucky to have partners like the Marlins and the Rays to help us with the challenge.”

At the heart of the contentious debate? Whether slices of genoa salami belong in the mix of the pork, swiss cheese and ham. Tampa Bay proved that they invented the traditional sandwich more than 100 years ago, when a wave of Cubans who relocated to the Tampa Bay area following the booming cigar trade. But, post-Cuban Revolution Miami has since become the center of Cuban exile culture over the last 50 years, popularizing their version as the quintessential Cuban sandwich.

Representing the two cities, Budweiser is tapping into local influencers to serve as ambassadors for the challenge and encourage others to engage in the conversation. Votes will be tallied throughout the summer; the winner will be announced on August 23, National Cuban Sandwich Day. The winning city will receive eternal bragging rights.

For more information about the Cuban Sandwich Series and to vote for your favorite city’s sandwich, visit budweiser.com/en/cubano.html.