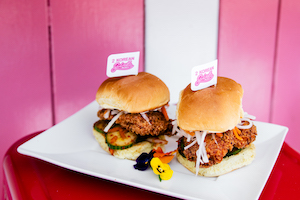 2 Korean Girls focuses on the staple Korean dish, Bibimbap. The term “bibimbap” literally translated means mixed rice. Bibimbap is served as a bowl of warm white rice topped with ribeye bulgogi, banchan (seasoned chilled vegetables), gochujang (fermented Korean chili pepper paste) and a fried egg. A contemporary twist to the traditional, 2 Korean Girls crowns the dish with a heart-shaped egg and golden edible stars, adding an Instagrammable surprise for each guest. 2 Korean Girls will also be featured on UberEats, allowing guests to enjoy meals from the comfort of their homes. 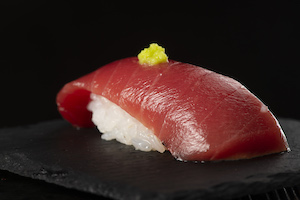 Without question, Miami is having a Michelin moment. Considering the recent tidal wave of adulation from the revered guide, from Bib Gourmands to Stars, the Magic City represented. On the heels of those big wins, California-based Scratch Restaurants Group is announcing the impending opening of its Michelin-starred omakase concept, Sushi by Scratch Restaurants: Miami.

Housed behind the newly-starred Ariete restaurant in the heart of Coconut Grove, Stirrup House is a historic two-story bungalow that evokes the spirit and mystique of bygone Florida. Sushi by Scratch Restaurants: Miami is taking over the bottom floor of the building, transforming it into a 10-seat counter-only omakase den, manned by a team of three chefs and one bartender. With three seatings nightly (5PM, 7:15PM and 9:30PM), dinner at Sushi by Scratch Restaurants is a literal hands-on experience you won’t want to miss.

Each bite is handmade and placed by our chefs, who engage directly with our guests over 17 courses, which lasts about two hours. Lee fell in love with sushi as a kid dining across Los Angeles with his father. In fact, it was his first omakase experience with his father’s friend, a sushi chef, which laid the seeds for what would become the family of Sushi by Scratch Restaurants. Locations include Los Angeles, the Michelin-starred outpost in Montecito, Austin and now Miami.

A journey begins 20 minutes prior to the scheduled seating time with a complimentary welcome cocktail. From there, a progressive, intoxicating and alluring tasting experience consisting of strictly nigiri, each item handmade and served as is – no extras, no sidecars of soy sauce or wasabi. In fact, everything is made from scratch, including soy sauce, vinegars, etc.

A seat at Sushi by Scratch Restaurants: Miami is $165 per person plus tax and service. Non-alcoholic beverages are included with beer, wine, sake and Japanese whiskeys available a la carte. There are also two beverage pairing options: $85 (featuring three different sakes, two cocktails and one beer) and $110 (featuring six different pours of sake). 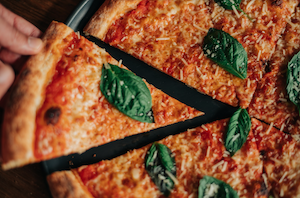 Miami’s famed Eleventh Street Pizza recently launched a “Power Hour Happy Hour”! Available Tuesday through Saturday from 11PM-Midnight, the special includes: $3 Carmine Cheese slices, 1/2 off beers, and 1/2 off wines by the glass. What better way to end the night than with Eleventh Street Pizza’s drool-worthy slices? 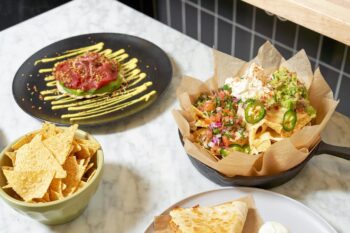 On Tuesday, June 28th, ceviche lovers come together to celebrate the refreshing, yet spicy and delightfully acidic dish. The Lincoln Eatery is excited to announce that in light of this holiday, Cilantro 27 Ceviche Bar will be hosting a ceviche making class.

Cilantro 27 Ceviche Bar is located within The Lincoln Eatery, an immersive culinary destination in Miami Beach located on Lincoln Road. This ceviche bar was created to bring sustainable Peruviane cuisine to the Miami community. The stall is helmed by Chef Nilton Castillo, a native of Lima, Peru who worked under some of the world’s most acclaimed chefs, including Daniel Boulud and Jose Andres. Boulud insists, “Castillo makes the best ceviche in the world.” As a chef instructor at the Biltmore Hotel in Coral Gables, he has acquired experience teaching classes.

For $30 a person, Cilantro 27 will be welcoming guests to take part in a ceviche-making experience on Tuesday, June 28 from 6 p.m. to 8 p.m. Chef Nilton will teach guests how to make classic ceviche, Causa Acevichada, and a Pisco sour. To purchase tickets, click here.