Over the past year, we’ve interviewed many members of the hospitality industry, and one constant among the interviewees has been a profound love for their pets. We thought it would be great to share this love with our readers. That’s why we recently launched an ongoing feature called “Wag Wednesday” to showcase industry peeps and their pets.

This week, we’re featuring one of our favorite bartenders, Nathan Rogers of the Matador Bar at the Edition, and his long-haired dachshund Sommer. 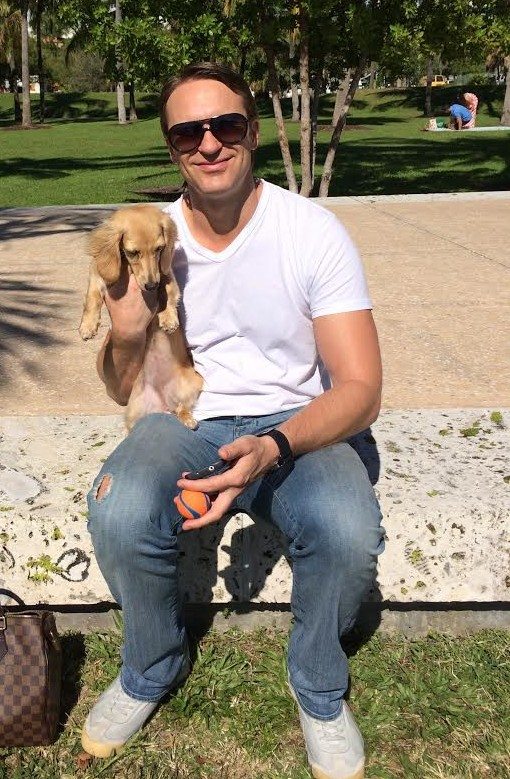 How did you come to own your dog? What drew you to her?

My mother had a Long-Haired Dachshund that I really liked. Great personality – active but very affectionate as well. My girlfriend saw some pictures of English Cream doxies online, and we agreed to start looking. We got pretty lucky with the breeder we found and the timing of when we found her, because they are in high demand and in limited supply.

She is very energetic and playful. She goes crazy at the park and loves swimming in the ocean. On the other hand, If you sit on the couch, she always wants to be right next to (or on top of) you. She is very brave as well; too much so at times. She is also very well behaved, which is good because it allows her to go just about everywhere with us.

In every way possible, I guess. Unconditional love. I think that we humans also have an intrinsic need to take care of things (people, pets, even plants, etc.), and it is a very satisfying relationship in that sense. You definitely get back what you give, and we all like to feel appreciated. 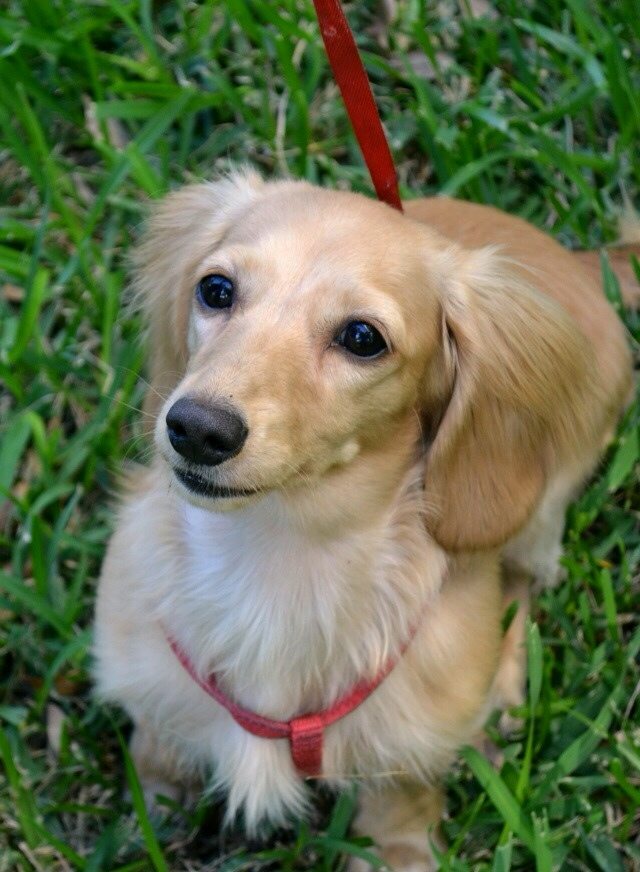 They certainly pick up characteristics of their environments. Our house is a pretty chill space, and I’m sure it’s contributed to her even demeanor. I used to be pretty athletic (getting old stinks) and she runs and jumps and swims more than any other dachshund I’ve ever seen. There is an annual dachshund rally on Miami Beach and we’ve gone twice. Other owners ask me, ‘‘How did you get her to run and play fetch like that?” She just always did it. I got lucky, I suppose. She also loves the water as much or even more than I do. She kind of enjoys being a trouble–maker as well ... I have no idea where that comes from ;).

I said she was a bit mischievous … Sometimes she thinks it’s funny to turn the table on our little game of fetch. She has a ball that I think she would choose over food if there was some sort of dire decision that had to be made. I don’t let her have it in the house because it makes her a little crazy.

There is a particular park that we go to where she can run off-leash, and we try to take her there at least once a week. The park is right on the bay, so in addition to getting her some exercise, it‘s a great excuse to be outside and enjoy the views of Miami. We’ve seen manatees, porpoises, turtles – you name it. The problem is that the park’s edge is a concrete wall that, depending on the height of the tide, can have a significant drop to either the water‘s surface or some jutting rocks.

Sometimes, my little angel of a dog thinks it’s funny to prance over to the seawall and throw her ball over the side. She does it on purpose. I’ve watched her do it several times. Afterward, she takes a step back and gives me a look that clearly says, “You fetch.” It blows my mind because if I weren’t able to figure out a way to retrieve her precious ball, she would be really upset. I guess she has confidence in my problem-solving abilities. So far her gamble has paid off because I have always been able to get it, and she and Lili are provided some entertainment. Win-win!

I wish I had more real time to devote to participating in charitable activities for furry friends. We do donate frequently to the SPCA and local shelters and also attend the annual Dachshund Winterfest that I previously mentioned, which supports many animal charities.

Well, Sommer has a pretty active Instagram account of her own and we’ve become online friends with a lot of accounts because of it. Off the top of my head, Charlie Brown the golden retriever is one of the stand outs. The dog is gorgeous and his owner tokes excellent photos.