This week, we’re featuring Andy Bates, Chef and Co-Owner of The Avenue, and his dog, Fiona. Catch The Avenue at J. Wakefield Brewing this Sunday (November 6) for a Fish n’ Chips and Scotch Egg brunch from noon-5 p.m. Follow them on Facebook for more upcoming events. 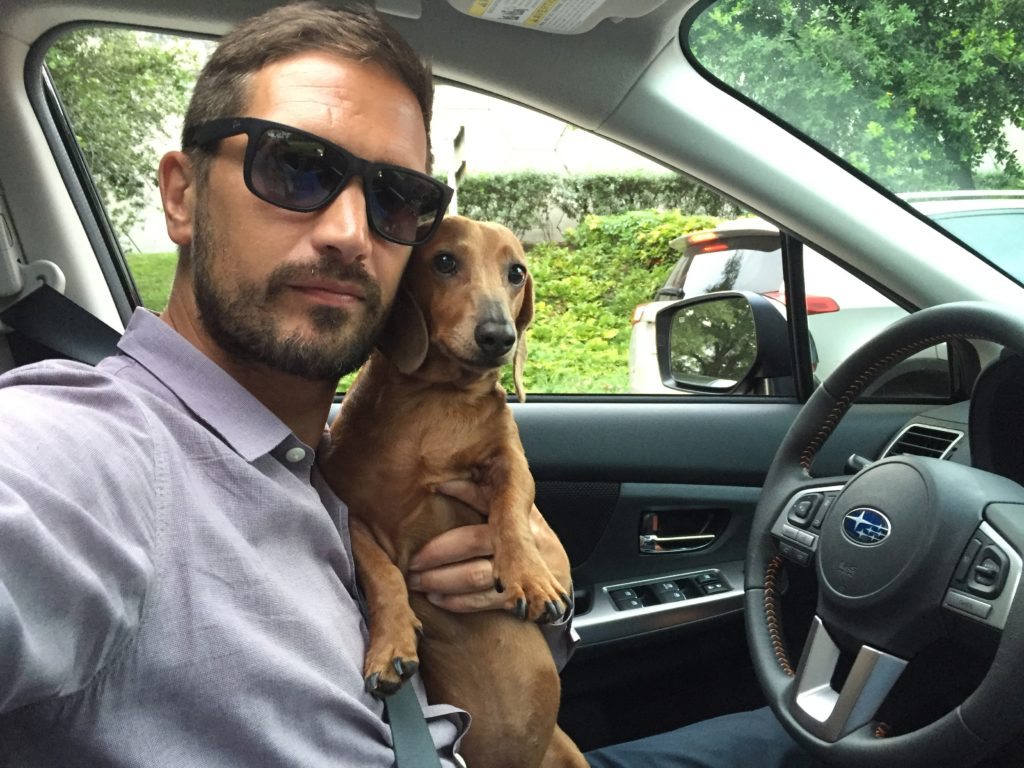 Your Pet’s Name: Fiona, or as we like to call her FiFi l’amour or Fifiantor

Really, she’s my wife’s. Fiona waited for her here in Miami while she lived in London with me for a few years. Now we’ve moved back and they’re happily reunited. What my wife doesn’t know is that Fiona prefers me now. 😉

Why Fiona? My father-in-law’s name is Frank, my brother-in-law is named Francis and my wife’s name is Francesca, so they wanted to keep the “F” thing going and appropriately named her, Fiona.

She is a princess of sorts, but not in a royal sense. She is quite spoiled and stoic, but it’s not like we dress her up in jewels or anything of that sort.

Well, Fiona’s love is priceless, but I’m definitely not richer after buying her all the treats she eats or as we like to call them “cookies.”

I’m from England where it’s cold and rainy, and Fiona lives in a house that’s constantly air-conditioned to frigid temperatures, so we both love being outside and going for long walks in the sun. We also both eat everything that gets put in front of us.

So the other day, Fifi and I were taking a drive, and she was sitting on my lap with her head out the window enjoying the wind blowing her floppy ears as she usually does. All of a sudden, another car pulls up at a red light with a dog doing exactly the same thing out the passenger side so they ended up right next to each other. I watched, intrigued to say the least, to see what was about to go down.

The other dog hadn’t seemed to notice Fifi, so she barked at him once, like “Hey!” She said, “I’m a dog in a car, too!” The dog looks over at her instantly and barks once back,”Oh, hey!” (Yes, this dialogue was actually happening in my head at the moment).

Then, my favorite part, Fifi being the cool girl she is, thrust her chin up just before we drive off, like “Wassup.” Maybe it all happened in my head, maybe it didn’t … but it was definitely hilarious to me.

Not at the moment as we’re a bit busy with this restaurant thing, but I do love to dog-sit my friend’s dogs and I once over-booked myself and ended up watching four dogs all on the same weekend!

@HamiltonBarkley or “Hami from Miami” because that boy’s got style and he knows what’s up!