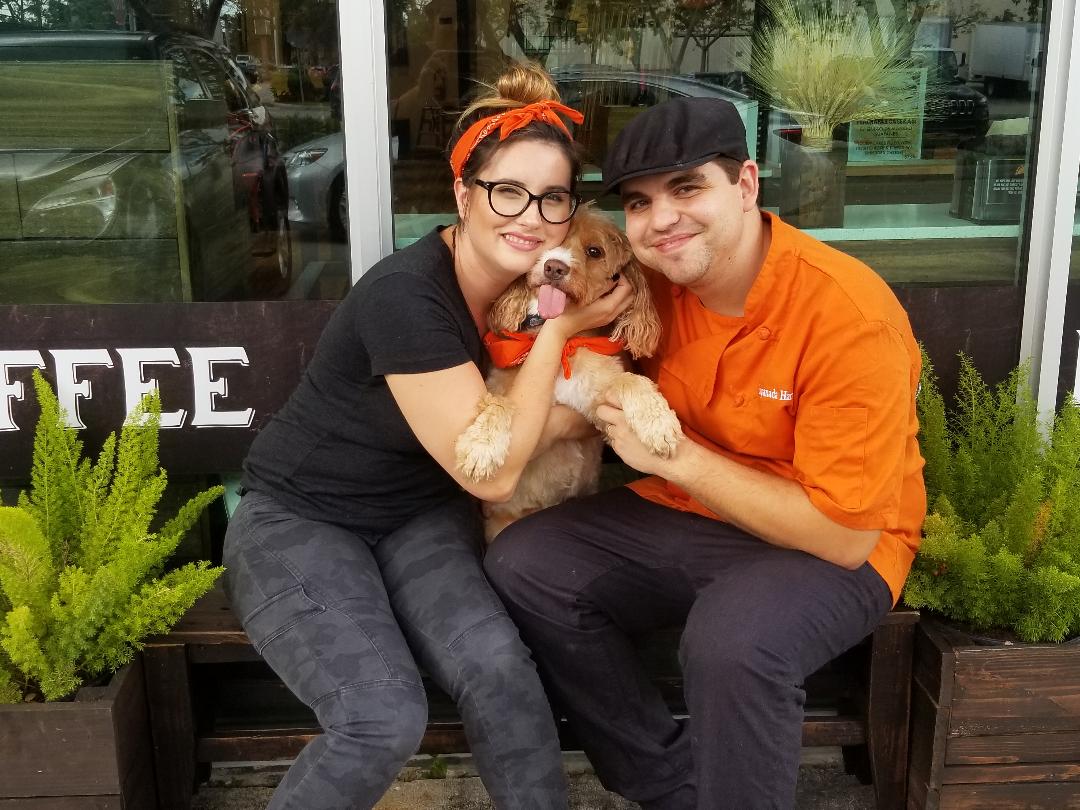 Michelle and I were ready as a newlywed couple to have our first child, but one with a lot of fur and four legs. Originally, we planned on adopting our new member to the family and headed to the animal shelter. Unfortunately, we were so overwhelmed by the amount of dogs available, and truth be told, Michelle ran out crying.

Every time we picked a dog, they told us he was taken. We lived in a small apartment back then in South Beach, so we were limited to small dogs. Unfortunately, most of the dogs available were large breeds. Seeing the sadness on the faces of these poor animals was very hard on us. I wished we could have taken them all.

I wanted to make Michelle feel better about the whole thing and took her to a pet shop I had seen for many years in front of FIU. The place was dingy and almost felt like those pups needed saving themselves. Michelle found this one little ball of fur hiding at the back of his old little cage. We asked to see him and the sales person said that he was already 4 months and that no one wanted a pup that old, if you can imagine.

It was love at first sight. Odis, as shy and a baby as he was, gave a farewell run around the shop and he’s been with us ever since.

Well, Michelle had always said she was going to name our first pet. She always loved the name Otis, which she got from the elevator company, weirdly. I wasn’t sure about it, so we negotiated to change the “t” to a “d” to make Odis, kind of like the dog from Garfield. They even look a little alike.

The biggest chicken ever. I blame Michelle. When he was a pup and afraid to cross the street full of cars, Michelle would pick him up and carry him. She was a typical first-time mom.

The good thing is that he is a very sweet dog. He loves to cuddle and receive kisses. If I don’t have Odis at night to cuddle with, I can’t sleep.

At first, having a dog – I believe – helps a couple with responsibility and forces you to care about something beyond yourselves. It’s a great exercise for when the human children come as well. Now having two amazing daughters, I could not imagine having a home without a dog in our family. My girls love Odis even though I’m sure he misses the times he was an only child.

Well, embarassingly enough, Michelle and Odis and I all freak out about everything. If there is a huge roach in the house, it’s the three of us standing on the sofa trying to figure out how we are going to resolve the situation.

A group of our friends all came over to watch the Dolphins game. We were all having a great time, drinking beers and hanging out. All of sudden, one of my buddies smells something a little off putting. He didn’t say anything at first, but when all started to smell the odor, we knew someone must have had too many hot wings. Surely enough, it was Odis with a major gas attack. The entire house reeked and all of us couldn’t stop laughing. He threw farts the entire game. When I would tell him anything, he’d give me this little face like, “What do you want me to do about it?”

All of our friends always bring it up when we get together at my house.

Right now, unfortunately, we don’t really have the time with the new business and two kids. But, I am following several organizations to adopt an English Springer Spaniel in the future. I grew up with this type of dog, and they are an amazing breed.