I like the French bulldog breed because they are small but strong dogs. I travel a lot, and my dog has to be able to go with me on the plane and live in high rises like the ones you’d find in Hong Kong, Dubai and Miami.

The story behind his name is actually pretty funny. There are three parts to it, really.

Part 1 is when I was looking at ads of French bulldogs for sale — maybe six months before I got mine — “Ryder” was the name of one of the puppies. You know, it was those kind of ads that are like,“Hey my name is Ryder. Please take me home.” with a picture of his cute face.  Also, I’m sort of a freak about Japanese anime (manga), and one of my favorites was Fate/Zero & Fate Stay/Night; one of the mythical heroes is named Ryder.

To top it off, I went to a breeder to just look at the puppies and ended up getting Ryder; it was like 1 a.m. after work, and on the way home, he was sitting in his bed in the front seat. I looked down to pet him and ran into the back of a range rover. He was fine, but I totaled the car. Ryder just seemed appropriate after that.

He’s very smart. I know everyone says that about their own dogs, but he really is. He’s extremely playful but also knows how to just chill. Funny enough, he’s very picky about his food. If he doesn’t like what you put in his bowl, he won’t eat it and will wait until you change it. I had to try a lot of different kinds of foods with him. He’s also very affectionate and likes to sleep with his face mashed up against my face. 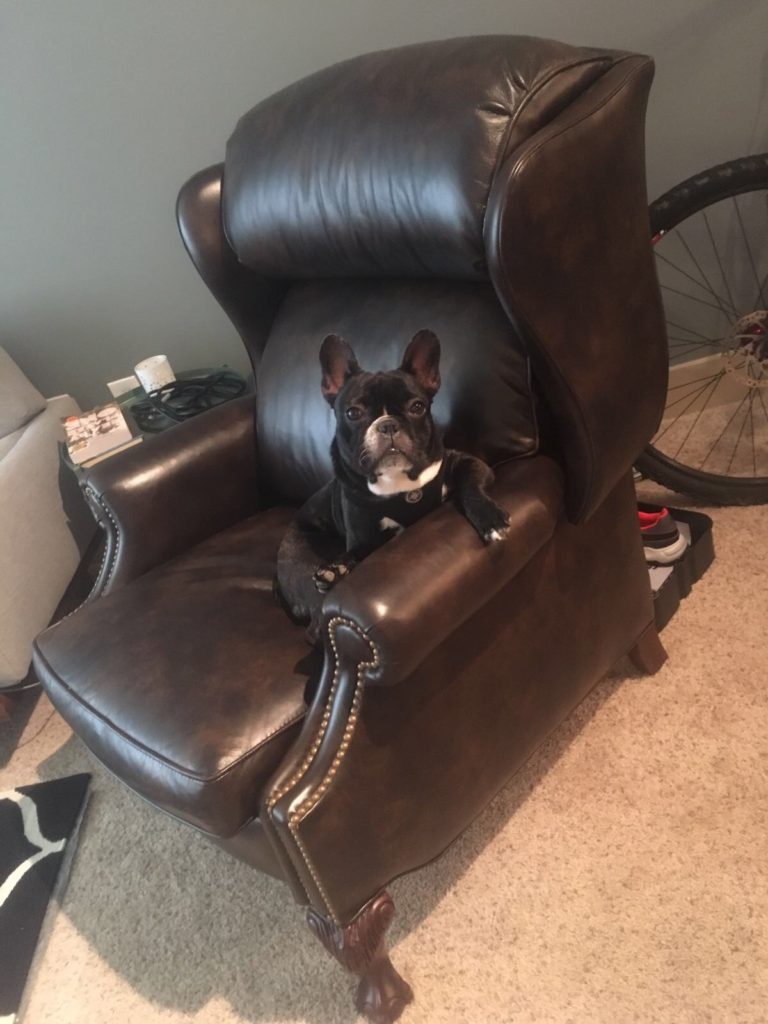 It’s nice to go home to somebody that’s waiting for you and is so excited about everything, whether it’s a lazy day on the couch or going for a walk.

Yeah, definitely. He can be more of a picky eater than me, though. He definitely has an ego as well, which probably doesn’t make me sound good, but it’s true.

He knows how to ride the elevator! Once he was in the hall, the elevator door opened and I ran back into the house because I forgot my keys. He went into the elevator and got off on some random floor; it took me a while to find him. He was just prancing around a couple floors down when I eventually found him.

Ryder is an ADA emotional support dog. It’s really just a good excuse for him to fly around on the plane; I think he probably has more anxiety than me haha.

Doug the Pug is probably the one I look at the most.

When it comes to boba tea, we love @aravitamiami.

This crispy pork belly from @bachourmiami is part