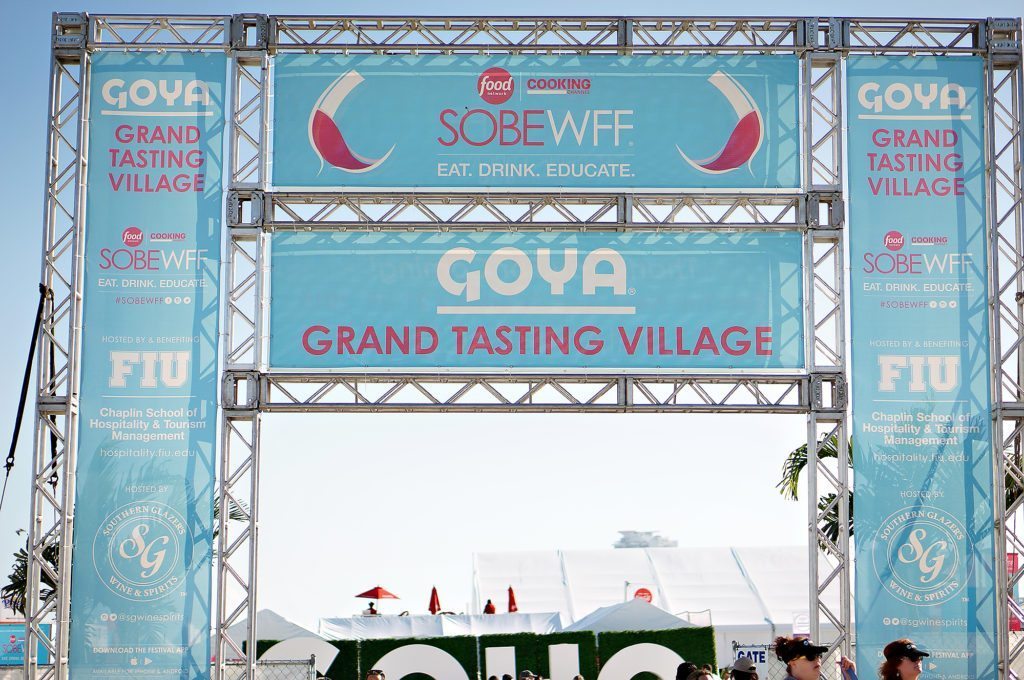 The South Beach Wine & Food Festival has come and gone, but we’re still recovering from our gluttonous week. The festival, which kicked off last Wednesday, celebrated its sweet sixteen with memorable events in both Miami and Fort Lauderdale. This was our second time attending the festival, and the best way we can describe it is “Christmas in February.”

Seriously: There’s so much food, so many drinks and so many celebrities that you can’t help but feel like a kid in a candy shop. Below, you’ll find quick recaps about four different events we attended during the week.

If an event has Italian food, we’ll be there. To say that we were pumped about attending Barilla’s Italian Bites on the Beach would be an understatement. Chefs Alex Guarnaschelli and Valerie Bertinelli hosted this year’s affair, which featured over 30 Italian dishes for guests to nosh on. Among the restaurants in attendance: Prime Italian, The Meatball Shop, Il Mulino New York, Verde at Pérez Art Museum Miami, Upland, Bocce Ristorante and Salumeria 104.

To wash everything down, guests could stop by various stations featuring everything from Heineken Light and Strongbow to Aperol Spritz and Coca-Cola. The Austrian rock group Little River Band provided the perfect soundtrack to the event, serenading the crowd with its soft-rock sensibilities. Overall, Barilla’s Italian Bites on the Beach set a high bar for the rest of festival week. You’ll definitely catch us here next year.

Fried chicken and champagne are never a bad idea. So naturally, having an event dedicated to the duo makes perfect sense. Saturday night’s Chicken Coupe ensured that guests left with a stomach full of bird and bubbly. Over a dozen chefs cooked up their own iteration of the beloved dish to pair with an array of champagnes — cholesterol be damned.

We attended this event last year and were fortunate enough to attend yet again. Two years straight, it’s been the highlight of our SOBEWFF experience. There’s everything you need for a unforgettable time: A lot of delicious food, a lot of stiff drinks, a lot of great music and — best of all — little-to-no lines. As attendees dined on a Southern buffet stretching around the enormous Loews Miami Beach ballroom, country superstar Trisha Yearwood treated the crowd to a soulful performance of career-spanning hits.

This year’s highlights: Blue Door Kitchen’s life-changing fried chicken from Chef Art Smith, Sarsaparilla Club’s shrimp and grits, Bulldog BBQ’s smoked brisket hash and the cutest cheese display ever from Florida Dairy Farmers. If there’s only one event you attend next year, it needs to be this one.

We love attending Grand Tasting on Sunday. The experience is the same as Saturday with one notable exception: a smaller crowd (aka shorter lines). Sure, we missed the Snoop Dogg x Guy Fieri demonstration this year, but there’s so much to do that we quickly moved on. On this particular day, the culinary lineup featured bites from Kitchen 305, 3030 Ocean, Doce Provisions, Komodo, The Salty Donut, Mr. Bing, M.E.A.T. Eatery and Taproom, Viv’s Little Waffle Shoppe and Airport Cafe — to name a few.

Aside from the main tents and booths, brands like Peeps, Glenlivet and Blue Diamond made their presence felt with fun, interactive displays throughout the venue. Our favorite moments, though, came from the culinary demos. Seeing Marcus Samuelsson, Alex Guarnaschelli and Andrew Zimmern together on one stage was enough to give us Food Network fans heart palpitations.

Special to Sunday was The David Grutman Experience, which was basically a mini-Ultra Music Festival. DJ Sebastian Ingrosso — 1/3 of the now-defunct Swedish House Mafia — took the stage between the two Mastercard Grand Tasting Tents for a fun set that capped our SOBEWFF 2017 adventures.