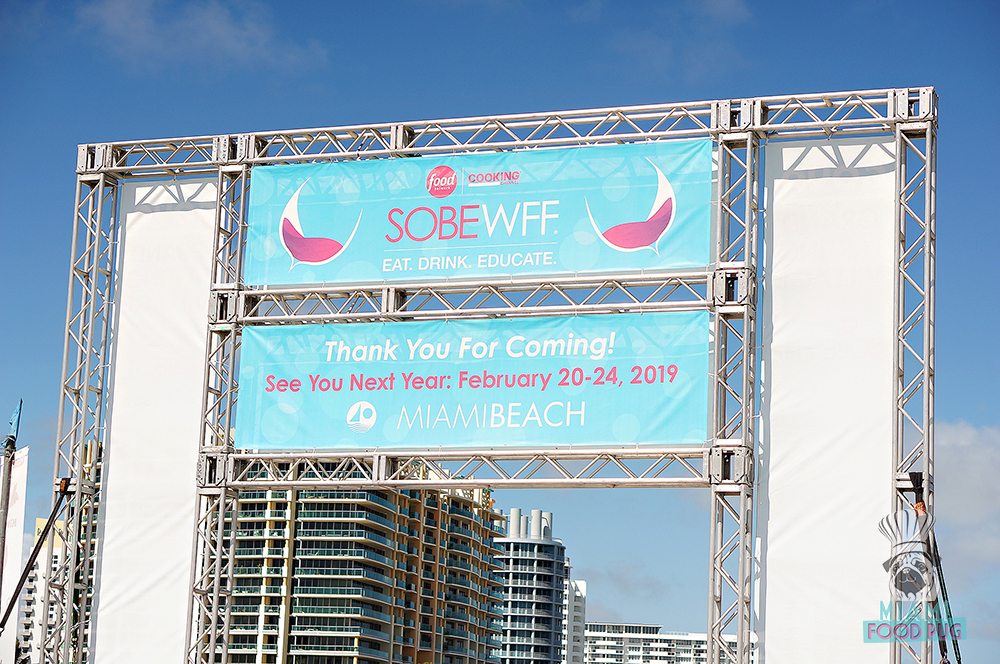 The South Beach Wine and Food Festival has come and gone, but we’re still in recovery mode. After spending four days straight eating, drinking and walking from event to event, our stomachs and our feet are taking a well-deserved break.

Now that we’ve had a chance to edit some photos and nurse any hangovers, we wanted to share our SOBEWFF 2018 experience. From Italian Bites to the Grand Tasting Village, there was a ton of food and libations to be had. And even though we were exhausted by the end of it, we can’t wait to do it all over again next year.

Last year, Italian Bites was one of our favorite events of the weekend. This year, it’s still one of our faves. Why? It’s an Italian food lover’s dream and a low-carb diet’s worst nightmare. Hosted by Giada De Laurentis, the event brought out some of the best Italian restaurants in town, including The Alley at The Betsy, Dolce Italian, Macchialina and Prime Italian.

Aperol and Campari helped guests wash everything down, as they enjoyed hits and deep cuts from Smash Mouth. And yes, they played the song from Shrek.

During SOBEWFF, you can expect a ton of unofficial events as well. The standout for us was the chef takeover at Dizengoff, Wynwood’s beloved hummus shop.

Taste of Aloha and Art of Tiki Cocktail Showdown

Some SOBEWFF events focus on food, and some focus on drinks. Others, such as the Taste of Aloha and Art of Tiki Cocktail Showdown, focus on both.  The fun late-night affair, which took place at Kimpton Surfcomber Hotel, pit some of South Florida’s top bars against each other in the ultimate tiki drink challenge.

The Anderson, Alter, Shelley’s, and Death or Glory were just a few of this year’s participants, and Chef Anne Burrell joined a panel of judges to decide the best drinks and bites of the evening. Among the honorees: Sugarcane Raw Bar Grill, Employees Only and Beaker & Gray.

Think of Walshy Fire’s Rum & Bass Beach Party as an awesome college party with way better drinks and music. Attendees danced the night away to classic tunes and modern hits from Walshy Fire, a DJ who’s best known for being a part of the supergroup Major Lazer.

Miami’s own DJ Irie closed out the evening, which was full of Bacardi cocktails and light bites from Sanguich, Night Owl Cookies, Root & Bone, Shake Shack and Latin House Grill. This was our first time attending the event, and you’ll definitely find us here again next year.

It’s called the Grand Tasting Village for good reason: It’s a massive event. The beachside celebration featured blocks-worth of cuisine from the county’s various — and varied — neighborhoods. There was no shortage of refreshing drinks to complement all the food: Absolute, Dewar’s, Don Julio and other brands made sure of it.

While food and drinks were the focus, they weren’t the only attractions. KitchenAid® culinary demonstrations let ticketholders get up close to their favorite Food Network stars as they shared their cooking knowledge, while the second annual Dave Grutman Experience treated festivalgoers to the sounds of Alesso.