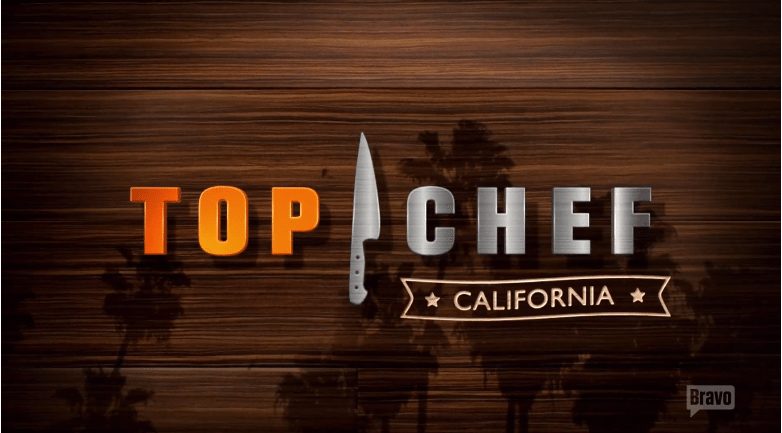 When Miami foodies tune into Bravo TV’s Top Chef California premiere on Wednesday, December 2 at 10 p.m., they’ll see a familiar face in this year’s lineup: Angelina Bastidas, the 25-year-old chef who’s been making a name for herself in some of the 305’s favorite kitchens.

One of two Miami contestants on the show, Chef Bastidas will be vying for $125,000 furnished by San Pellegrino, a feature in FOOD & WINE magazine, as well as a showcase at the annual FOOD & WINE Classic in Aspen. And, of course, the chance to be named Top Chef.

We had a chance to talk to Chef Bastidas over the phone about her experience on the show – as much as she could tell us. Check out our interview below, and be sure to tune in Wednesday night to cheer her on.

What inspired you to go on the show? Did you audition for Top Chef or did they send a scout?

One of my mentors Jamie DeRosa [of Tongue & Cheek] threw the opportunity out there and asked how I felt about doing something like this. I was a little hesitant at first – I had turned down similar opportunities in the past — but this one felt like it may be fun and could be a new experience and stepping stone in my career.

How intense was the audition process?

It’s longer than many job interviews. Obviously, there are a lot of questions: “How are you as a chef?” “Why are you here?” “Why give you the opportunity to be a part of this show?” I knew I had what it takes to do something like this, though.

If you think about it, thousands of chefs try out for this. At the end of the day, only a handful gets picked. So the moment I found out that “Hey, you gotta pack your bags. You’re going to California,” I was super ecstatic.

What did you think about competing in California? Had you been to California before?

As far as I know, I’ve never been to California although my mom may have taken me when I was around 2 years old.

It was amazing there. The weather is similar to South Florida, but we have humidity here — it’s drier out there. The scenery … There were so many times where I was in awe and speechless. It was mindblowing to see the mountains; it’s such a great experience. With California being so beautiful and all the things they have — from the produce to the people to the different restaurants — I would definitely move over there.

How did you practice for the show?

I made sure I would take time aside to do things like a Quickfire Challenge; I’d force myself to make a pasta dish in 20 minutes from scratch. I actually did that with Jamie, and I was a little over the time at first.

I would also take a few days off from work to be mentally focused. And I was fortunate to do kitchen collaborations with some great chefs like Norman Van Aken, Paula DaSilva, and Lindsay Autry at Tongue & Cheek [Editor’s Note: Chef Autry is a former Top Chef contestant herself], who helped with words of encouragement before the show.

All those words meant a lot to me, and I felt so driven and couldn’t wait to be a part of the experience.

Had you heard of any of the other contestants? As the two Miamians on the show, did you and Jeremy Ford [of Matador Room] know each other well already? Did you try to stick together?

I didn’t really know Jeremy on that level. I knew of him and his position, but I didn’t know him personally before the show.

It was one of those situations where you’re from the same city but ultimately you’re here for a competition. At first, I looked at it like that.

As we spent time together, we definitely created a bond. We represented Miami, and we needed to take this home. We had to do this together. He’s an amazing person and chef. We definitely put on a show.

What was the most intimidating part of the show? It’s our understanding that you have little-to-no contact with the outside world during filming. On that note, how was it having the cameras following you 24/7?

It’s an experience you won’t understand unless you’re in it.  The most intimidating part was going in knowing I’m possibly one of the youngest chefs here; I was also competing against great chefs, including several James Beard nominees. I needed to take my guns out and show these people what I have. If you’re selected for the show, you’re someone at that point — and that’s inspiring.

And yes, you have cameras following you and people monitoring you; it’s a different lifestyle. Now I look at the reality stars like the Kardashians and understand why they have to look a certain way all the time. The cameras are definitely on, and it’s a different experience. But you get used to it and you adjust.

This season features a lot of celebrities both in pop culture and in the culinary world like Chrissy Teigen, MC Hammer, José Andrés, Hubert Keller, John Besh, as well as several Top Chef alums. Were there any that really shook your nerves?

I was starstruck with the guest judges and even the permanent judges like Tom Colicchio. Even though I had seen Tom before when Tongue & Cheek was a part of Bravo’s Best New Restaurant, it was an eye-opener to see him again but in a different light. I’m competing, and he’s judging me. We’re not friends. I’m here to get to the top.

Then you realize it’s not TV. I mean, it’s TV but it’s not — you’re in it. You still have the opportunity to bond and form a relationship with this culture, the judges and the contestants. And hopefully those bonds can help you in future situations.

Let’s talk about you. You’ve worked in very different kitchens throughout your career and have been exposed to all sorts of cuisine: Spanish food at The Bazaar and Piripi, New American cuisine at Tongue & Cheek, French food at Palme d’Or and Mediterranean at Area 31. With all that experience, how would you describe your cooking style?

Well, I’ve worked with various types of cuisine. I’m very ingredient-driven, focusing on the local and seasonal. I cook from the heart.

For me, there needs to be a reason for something to be on the plate – it needs to be executed properly. And in the end, I’m pretty flexible when it comes to molding into something different.

What’s next on your plate?

Right now, I’ve been freelancing to keep busy until the next project comes about. I have a few things in the works, but everything with time. You’ll be the first to know.

Last question: Planning any viewing parties for the premiere?

No viewing parties yet. Honestly, I’ll probably watch it at home with my family. But who knows? Maybe I’ll go to a restaurant and watch it or even meet up with Jeremy.

Top Chef: California launches this week with a two-night season premiere event on Wednesday, December 2 and Thursday, December 3 at 10 p.m.