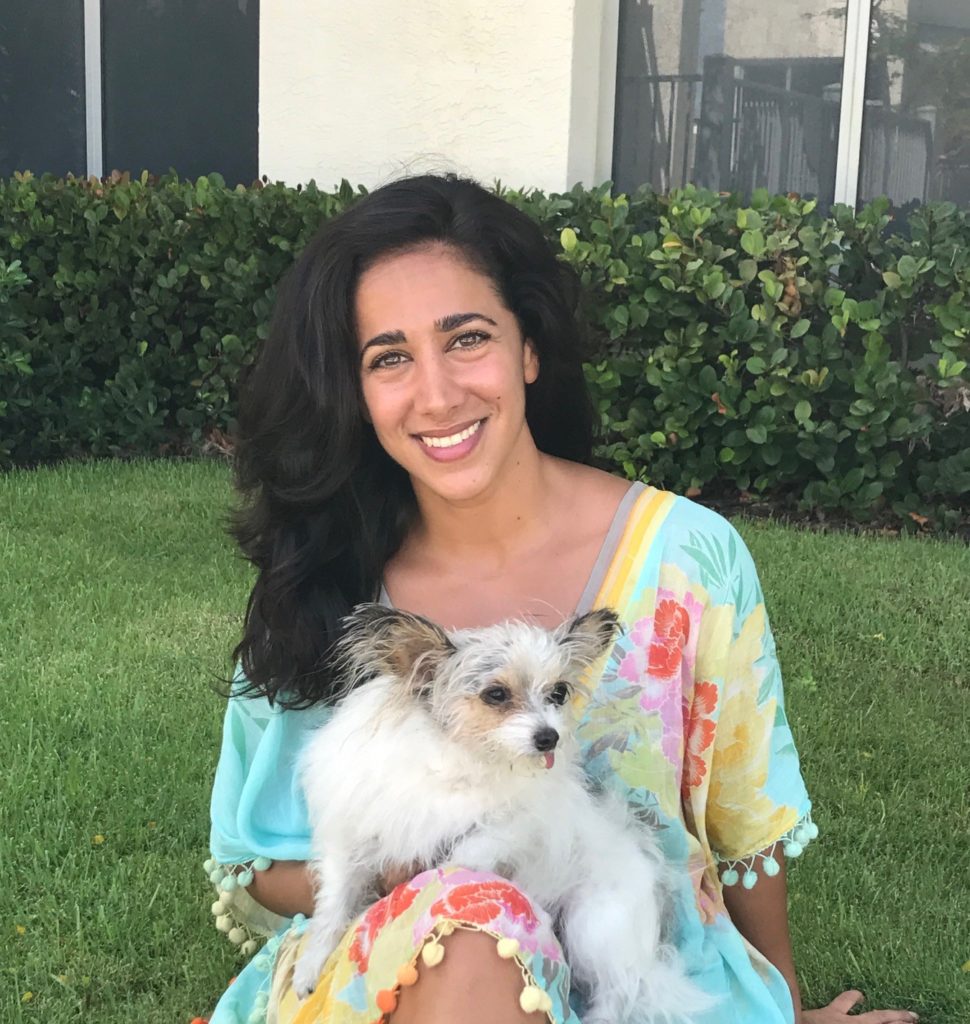 Breed: Another unknown! Possibly a Papillon and Terrier mix.

How did you come to own your dog? What drew you to her?

I went to Miami’s Animal Services to look at a dog I had seen on their site. I went into the wrong room and came across Chloe. She was a bit aggressive, infested with ticks and not friendly at all. According to the volunteers there, she was meant to be put down that week, and I decided then I was taking her home. I actually had to sign a waiver agreeing she had behavior issues and I couldn’t return her. But she’s completely different now!

Since she was such a mess coming home from Animal Services, I thought she deserved a feminine human name. Though, everyone loves calling her Gizmo.

Chloe is a dog’s version of an introvert. She likes to be on her own, doesn’t really play with other dogs and doesn’t even play with toys. She is very low key and unassuming until you approach her food or another dog gets too close to her. She did have a brother, Sasha, until three years ago and I think she’s gotten quieter since then. She just loves her walks and prefers to stop for kids to play with her vs. other dogs.

I’ve made so many friends just meeting other dog owners in my neighborhood, and it’s a great excuse to be out and active. Regardless of the type of day I come home from, she makes me laugh waiting for me with her tongue sticking out.

We both like to lay out in the sun and take it slow on the weekends. We’re both very independent, affectionate and always looking for an excuse to eat.

I lived with a friend who had Jack Russell Terrier mix, Daisy, and she had a big trunk of toys. We noticed the majority of the toys had gone missing and realized Chloe had been taking them one by one and stashing them under my bed. Some were bigger than her head, and she wouldn’t even play with them, but she managed to hide them all!

We usually attend the Humane Society’s annual Brunch for the Animals and donate supplies to animal services.

@MonsierSaul cracks me up and @MarnieTheDog reminds me of Chloe. @TheDogist is also my favorite.