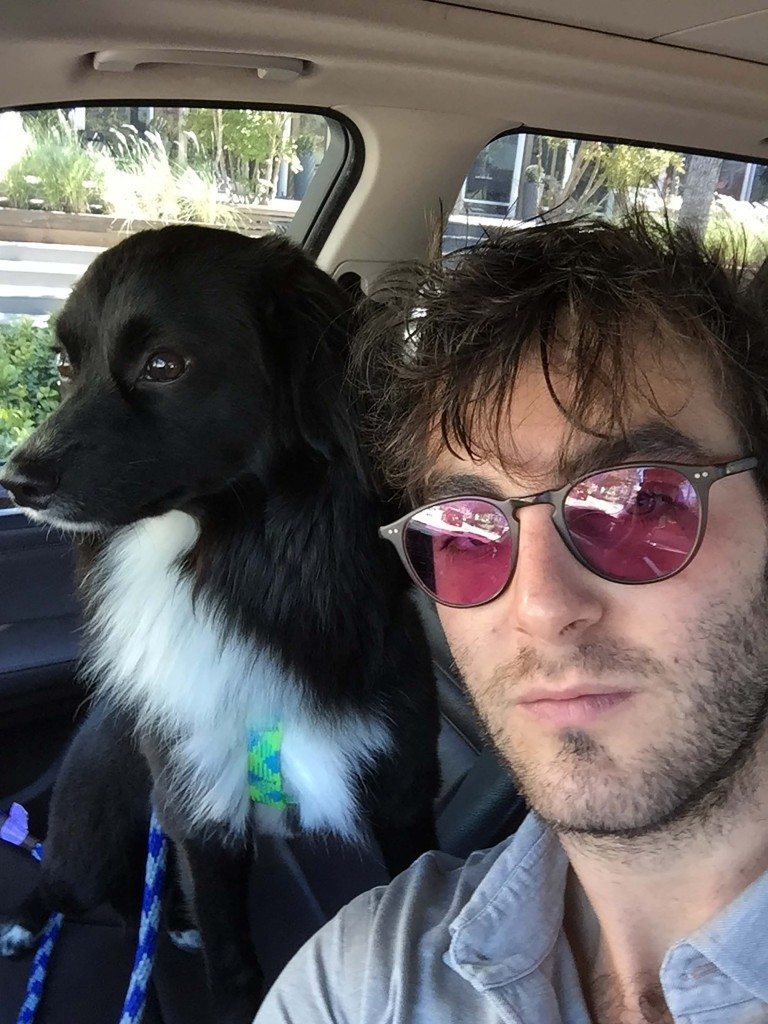 Age: One and a half

Dominique, my girlfriend, actually found our Fooqie in an elevator. Our neighbors had just found him and his sister in Morningside Park roaming around. She put them in a box and had them with her in the elevator, as she was gonna give them away to a woman up north. We chose the boy because of this incredible stare he had. So cute, black with a tuxedo and little white socks. He looked so sad and lonely. The second I saw him, I told Dominique we had to keep him. Best decision I’ve ever made.

I actually found Fooqie the same week that I decided to name my restaurant Fooq’s. I figured he would be the Fooq’s mascot. It just sounded and felt right. He’s part of the Foulquier family, for sure.

Seeing as though he has Border Collie in him, his personality is extremely energetic and destructive at times. Although he’s not the biggest cuddler, when you do manage to get him in your arms, he’s incredibly loving. Fooqie suffered from distemper that I only discovered a couple weeks into rescuing him. At the time, the prognosis was grim. 75 percent of border collie puppies who get diagnosed with distemper die.

My vet, Dr. Raul Jimenez from the Biscayne Vet Center, saved his life with this shot that’s very rare and hard to find. Since then, he’s had a few relapses where he’s gotten strokes and things like that, but overall he’s a healthy boy now. 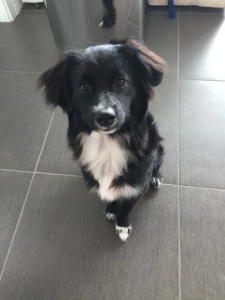 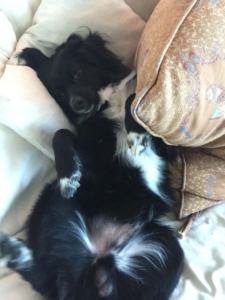 I always had a dog growing up, but physically owning and rescuing one yourself is a totally different animal. It’s brought so much love into my life. The responsibility and dedication it takes to own a dog is no joke.

So a couple months back we were at Margaret Pace Park with Fooqie, and this beautiful golden retriever/chow mix just entered the park. As all 70 pounds of her walked in, I couldn’t help but share my affinity for her with Dominique. Right as I was telling the owner how beautiful I found her dog to be, my little Fooqie runs up to her and starts full-on humping her! First time I’d ever seen him hump another dog … but he chose the right one! The dog loved it, and the owner was totally cool with it.

About a month later, we ran into the same dog again at the park. Lo and behold, Fooqie got right back on where he left off! Keep in mind, this dog has like 40 pounds on him. It was an incredible sight.

Unfortunately, no. However, I would like to get involved in some capacity. I am a major dog lover, and anything to help lost and lonely dogs out there sounds like a great initiative to be a part of.