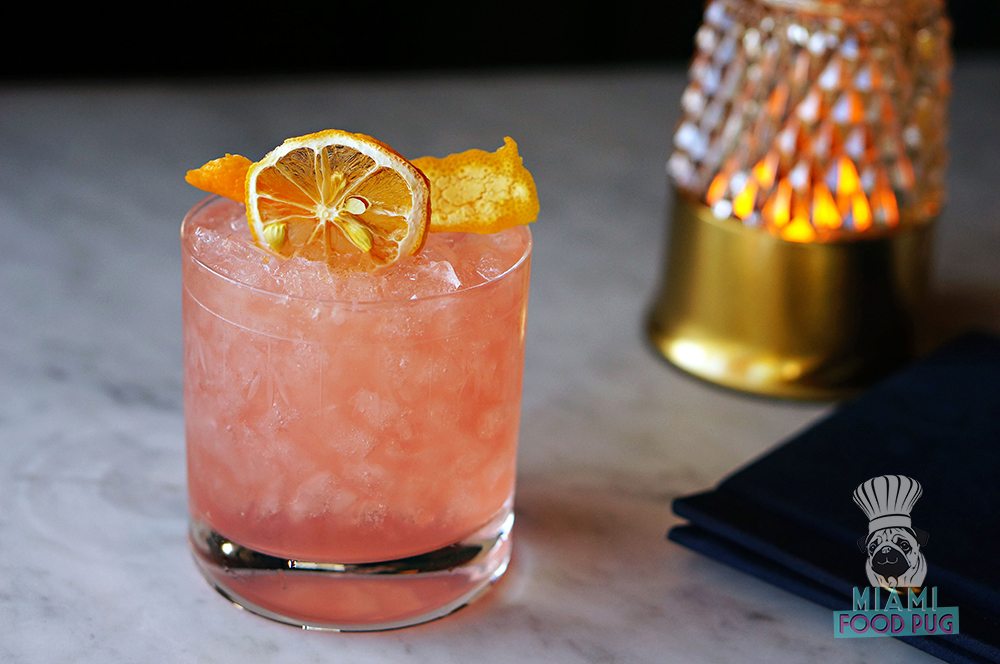 Miami gets a lot of attention when it comes to craft cocktails. The city is home to some of the best bars in the country, and we’re not just saying that — national media agrees. Miami-Dade County’s neighbor is no slouch, though: Broward bars like The Wilder are giving us the 305 a run for its money … and then some.

In Downtown Fort Lauderdale, The Wilder’s bar chief Marko Tomovic and his team are slinging up a plethora of cocktail creations to satisfy thirsty patrons. The sophisticated spot is already a late-night haunt for locals, but we’d be happy drinking these creations all day long.

Speaking of which: Only one-half of Miami Food Pug drinks regularly while the other half drinks on occasion. At The Wilder, both of us found ourselves with empty glasses all around — Tomovic has a knack for making drinks accessible while still appeasing the discerning palate. A perfect example: The Wilder’s take on a Pimm’s Cup, a refreshing take on the classic libation that uses sous vide Pimm’s No. 1 and blueberry to give the fruit-forward drink some extra oomph.

The Wilder also elevates the basic cosmopolitan in the Cosmo..Not (Ketel Orange, rhubarb, lychee and lemon). Unlike the OG version, we wouldn’t be embarrassed about ordering this cocktail. In fact, we’ll take two. And not everything here is a classic cocktail 2.0: Plenty of unique creations like the Don’t Sleep on Me (Afrohead 7yr Rum, Gifford Vanilla de Madagascar, and taro milk tea) offer something new and tasty for adventurous guests.

Like us, you’ll be tempted to order more than just one or two — or three — drinks. Make sure you have some food in you: The Wilder cooks up a variety of bar bites to help balance the booze. All the dishes are shareable, including the Tea Sandwiches and Short Rib Poutine (although you may be tempted to keep that last one for yourself).

Even though Fort Lauderdale can be a trek for us, The Wilder offers a laundry list of reasons to make the journey. One visit is all it will take to make you come back. In fact, we’re already looking forward to our next trip.

The Wilder is located at 701 E Broward Blvd. in Ft. Lauderdale. For hours of operation and other information, visit their official website or call 954-523-4050.