EST. 33 Thai Craft Brewery and Kitchen will open its doors this November, offering a new dining experience inspired by a harmonious blend of Eastern and Western cultures and the confluence of heritage and innovation. Located on the fourth floor of Brickell City Centre, the new restaurant features an extensive covered outdoor patio, bar and seven fermentation vessels in addition to seven serving tanks in its brewery housed in the interior of the restaurant.

Boon Rawd Brewery Company Limited, which produces Singha and Leo beers, is the first-ever and still number one brewer in Thailand and is excited to bring the EST. 33 concept to Miami, the first opening outside of its home market.

EST. 33’s most prized pints include The Legend Lager ($7), favored in Thailand for its golden body, it’s a refreshing blend of malted barley and noble hops from Europe, perfect for humid climates; and The One and Only Kopper ($7), EST. 33’s proud take on the Vienna-style lager, with intense caramel notes that emulate Kalamay, a traditional sticky coconut rice delicacy.

In the kitchen, Asian flavors meet the distinctive techniques of American barbecue. The unique and exotic ingredients and spices characteristic of Asian cuisines are further developed and deepened by the heat of a barbecue grill and large smoker fueled by hickory wood to invoke aromatic dishes showcasing bold yet approachable flavors.

The smoked menu, which is served with steamed buns, features Beer Brined Pork Shoulder ($14), Char Siu Pork Ribs ($11 half / $20 whole), Thai Lemongrass Chicken ($14 half / $26 whole) and Thai Spice-Rubbed Beef Brisket ($18). This is just a taste of the many dishes available. 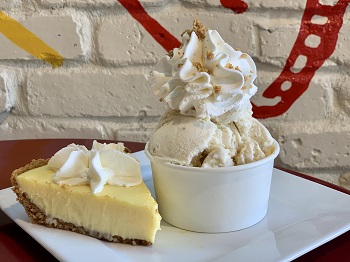 Pie master Derek Kaplan and the talented team at Fireman Derek’s Bake Shop have been whisking up extraordinary confections in their Wynwood and Coconut Grove shops for years.

“Penn State accepts 120 students from all over the world to attend the ice cream program each year. Honing my technique alongside tastemakers-in-training from big names like Ben & Jerrys, Häagen-Dazs and Baskin Robbins was such an invaluable experience,” says Kaplan. “After months and months of practice, I’m excited to show the Magic City everything I learned.”

Ice cream is served in a 5 oz. cup (one scoop) for $4.50 and 10 oz. cup (two scoops) for $8. Furthering his commitment to no-nonsense ingredients, Fireman Derek’s ice cream flavors are free of artificial flavoring, high fructose corn syrup and made with milk from rBST-free cows. 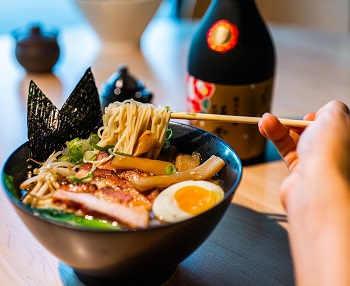 Miami will soon be slurping on inventive noodles when Hachidori Ramen Bar debuts in the Little River neighborhood. The spirited Japanese eatery is set to officially open on Oct. 22.

Translating to “hummingbird,” hachidori in Japanese culture represents the enjoyment of life and its simple pleasures. Inspired by the husband-and-wife team’s honeymoon travels to Japan, Hachidori Ramen Bar seeks to transport diners to Tokyo with its bold flavors, dim lights and throwback hits. The restaurant will serve up Japanese soul food and street fair staples with the promise of exceptional hospitality in a laid-back setting.

Ramen takes center stage at Hachidori, where all broths are made from scratch and simmered slowly. Sure to become a guest favorite, The “OG” Ramen features a 20-hour Tonkotsu broth topped with 2-day cured, 4-hour braised pork belly; a house-made spice mix; miso tare; and marinated soft-boiled egg.

Shoyu the Money is a chicken and soy sauce-based ramen with dashi and bonito flakes for extra umami flavor, and for vegan and vegetarian diners, The Shrooms is made with a mushroom and onion stock that simmers for 6 hours.

Guests will also find izakaya-style tapas meant to share – from classics like Gyozas and Bao Buns to imaginative dishes including Umami Sticky Bread, Japanese Street Corn, Korean Chicken Wings and Crispy Yakiniku Ribs – all perfect for washing down with an ice-cold beer. Hachidori’s wine and sake program was also curated to pair with these menu offerings.

Hachidori Ramen Bar will be open for dinner nightly from 5:30 p.m. to 10:30 p.m. Reservations can be made online at HachidoriRamen.com. 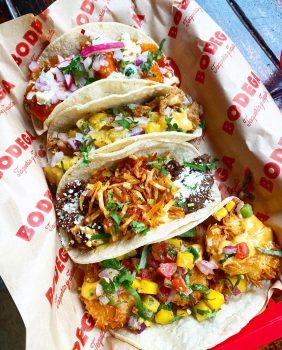 Bodega has announced the expansion of its brand with the inception of its first spinoff concept: Bodega Taqueria, which will mirror the award-winning fast-casual Mexican food portion that makes up Bodega Taqueria y Tequila.

The flagship Bodega Taqueria y Tequila opened in 2015 in South Beach and quickly became the go-to spot for authentic Mexican street food in the front and the “secret” late-night speakeasy in the back. Realizing the menu offerings’ approachability and affordability, expanding the Taqueria portion of the brand was the logical next step.

The debut of the Bodega Taqueria announcement coincides with two confirmed locations slated to open in North Beach and downtown Miami. The Bodega Taqueria in North Beach will open in 2021 in between 73rd Street & Collins Avenue servicing Surfside and Bal Harbour, while the location in downtown Miami will open in 2022 inside of Natiivo Miami, the highly anticipated residential tower, servicing the Brickell area (601 NE 1st Ave, Miami, FL 33132).

These two locations will pave the way for at least another 10 Bodega Taqueria’s to open within the next 18-24 months. 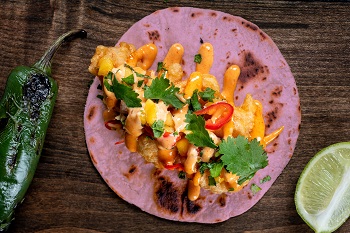 Mexican taqueria and tequila bar Tacocraft is doing their part to support the fight against breast cancer by going pink for the month of October for Breast Cancer Awareness Month. All tacos at the South Miami and Lauderdale by the Sea location will be served on pink handmade corn masa tortillas. A portion of the proceeds from both locations will be donated to the Florida Breast Cancer Foundation. 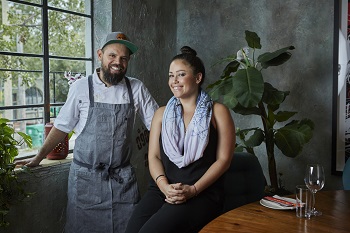 Locals are invited to celebrate and closeout the month-long Phuc Yea anniversary party, while savoring Colombian dishes and cocktails by Cumbe Aguarardiente. Here are some of the dishes you can expect:

To make your reservation for the grand celebration, click here. 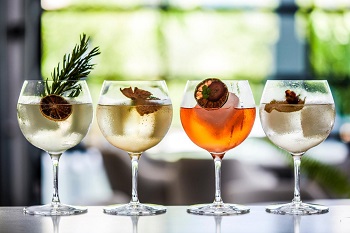 Helmed by the dynamic team of executive chef/partner Mikel Goikolea and chef de cuisine, Aitor Garate Berasaluze, LEKU features innovative cuisine without losing sight of its Spanish Basque roots, following the same principle of adhering to seasonal local ingredients and using cooking methods that are based on tried and true techniques.

An enhanced cocktail list will complement the new dinner menu with a Gin & Tonic Bar where guests can select their Macerado (Choices include: Strawberries + Basil, Rosemary + Florida Citrus, Roasted Pineapple + Mint, Green Apple + Ginger) with a Tonic of their choice.

@michaelsgenuineburger is serving up some tasty bu

Eat sweets for a good cause! All month long, @bach

In need of fish and chips from @thechippyrestauran