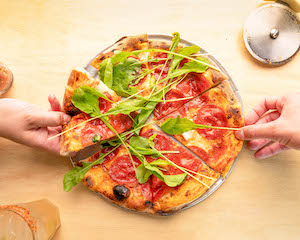 James Beard Award-winning Chef and Restaurateur Michael Schwartz is launching the first Miami Beach outpost of his locally loved and widely lauded eatery, Harry’s Pizzeria, just steps away from iconic Lincoln Road on today, October 1, 2021. The restaurant will be joining the Design District and Coconut Grove locations and will uniquely feature a horseshoe shaped bar and beverage program.

Harry’s Pizzeria Miami Beach is set to offer a lighter fare in addition to all of Harry’s classic dishes. New menu items include:

Harry’s Pizzeria Miami Beach is the first Harry’s location to offer a curated cocktail program to be enjoyed at the venue’s full bar. Beverage options include: 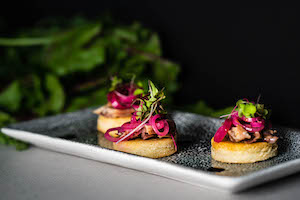 Botánico Gin & Cookhouse (Botánico) – Miami’s chic new gin-centric restaurant & bar — is opening its doors to the public on Wednesday, October 6, 2021. A convivial gathering place where contemporary cuisine and neighborhood gin bar converge, Botánico is the brainchild of Co-owner Ricardo Ordoñez and Chef/Co-owner Gerardo B. De Negri; featuring an inspired, globe-trotting menu and an airy indoor-outdoor setting the restaurant is located in the recently redesigned CocoWalk complex in the heart of Coconut Grove.

For the food at Botánico, Chef Gerry is employing his classic French training with inspirations from his culinary sojourns abroad to create an upscale yet approachable dining experience. Born and raised in Mexico, Gerry has decades of experience in the culinary industry, including owning/operating several concepts in Mexico, and helming the kitchen at Dominique Bistro and Mexicana Cantina in Miami.

Botánico’s menu works both ways, approachable for those looking to share as well as for diners seeking a more traditional experience. Selections are divided among the following categories: Starters; Ceviches; Tartares; Salads; Sandwiches and Entrées. Among the standouts on the opening menu are goat cheese dip; octopus carpaccio; the arpeas triology – topped with duck confit, short rib, and pulled pork; Ecuadorian shrimp ceviche – a family recipe passed down to Ricardo from his mom – made with fresh shrimp marinated in flavorful a tomato-lime base with red onions and cilantro.

Desserts include house-made traditional and signature Botánico style Key lime pie from none other than Coconut Grove’s own Fookem’s Fabulous as well as churros and hazelnut beignets.

As the name suggests, Botánico will offer an extensive gin-focused cocktail menu in addition to a well-stocked full bar menu. Derived from juniper, the chief botanical, gin is a versatile spirit which can be delicate or aggressive. That flavor can be modified by adding other botanicals such as citrus, herbs and fruits to create different flavor combinations. 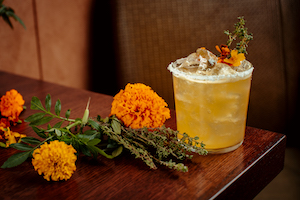 Toro Toro, celebrated chef/restaurateur Richard Sandoval’s Pan-Latin steakhouse, is honoring Día De Los Muertos, or “Day of the Dead,” a festival originating from Mexico that unfolds in an explosion of color and life-affirming joy aimed at demonstrating love and respect for the past while setting intentions for the future.

As part of Richard Sandoval Hospitality’s first-ever immersive global campaign honoring the Day of the Dead, guests will have the opportunity to partake in the multi-sensory celebration at Toro Toro highlighting elements of taste, through marigold-inspired food and drink specials; sound, with a Spotify Latin-music playlist curated by Paco Rozas and Christophe Bourlon; smell, with a marigold-infused custom candle; and sight, with visuals and a grand Altar de Muertos or “Altar of the Dead” on display at the restaurant. 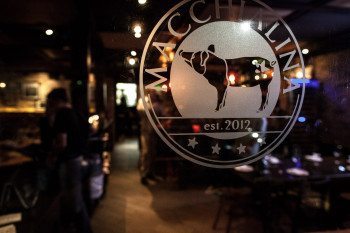 Macchialina, is rolling out Red Sauce Sundays for the month of October! Begins October 3rd. A favorite among in-the-know foodies who yearn for Mike Pirolo’s decadent Sunday feast.

The meal starts with Gentile Gragnano Rigatoni, one of the oldest and best, family-owned pasta makers in Naples. The pasta is laden with a rich, Sunday sauce, slowly cooked with sausage, meatballs, pork ribs & oxtail, with whipped ricotta. This is the homestyle supper the Pirolo family grew up on, imaginatively recreated with a nod to tradition and wink to Nonnina.