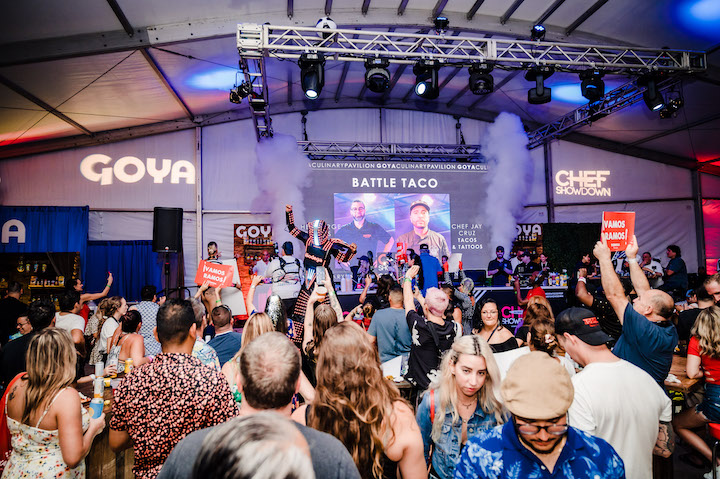 South Florida’s highly anticipated South Beach Seafood Festival is back for its 10th anniversary with a celebration that is gearing up to be the best yet with special programming, including a $10,000 chef prize and popular live musical guests, that will raise the bar for one of the country’s leading seafood events.

From Wednesday, October 19 through Saturday, October 22, the four-day festival is a curated culinary showcase that couples South Florida’s bounty of seafood with the region’s most notable chefs and restaurants. Tickets to the 10th annual South Beach Seafood Festival are now available at sobeseafoodfest.com.

To commemorate the festival’s 10-year anniversary, one participating chef with the most points of the night will take home a grand prize of $10,000. The series of nightly events builds up to the main celebration, the “South Beach Seafood Festival,” an all-day affair taking place on Saturday, October 22, showcasing a selection of pop-up-cafés by prominent South Florida restaurants, complimentary open bar stations, and packed with live musical performances, interactive experiences, and much more for guests to enjoy.

Touted in previous years by USA TODAY as one of the “Top 5 Specialty Festivals in The Country;” by Forbes as the “Top 5 Things to Do This Fall;” and by the Travel Channel as the “Best Seafood Festival in the US,”, the South Beach Seafood Festival is the place to be for the ultimate ‘sea foodies’ from near and far. In addition to celebrating regional culinary talent, the festival annually supports CI Foundation’s EAT SMART program, a 501 ©(3) nonprofit program that provides healthy meals and nutritional guidance to the local community and Florida’s youth through programs in Miami-Dade County public schools.

South Beach Seafood Festival’s host hotel for 2022 is the newly revamped Kimpton Surfcomber Hotel, located at 1717 Collins Avenue. Limited Weekend passes are available for $250 per person. Hotel Packages for two with weekend tickets and a festival room are available for $1,100.