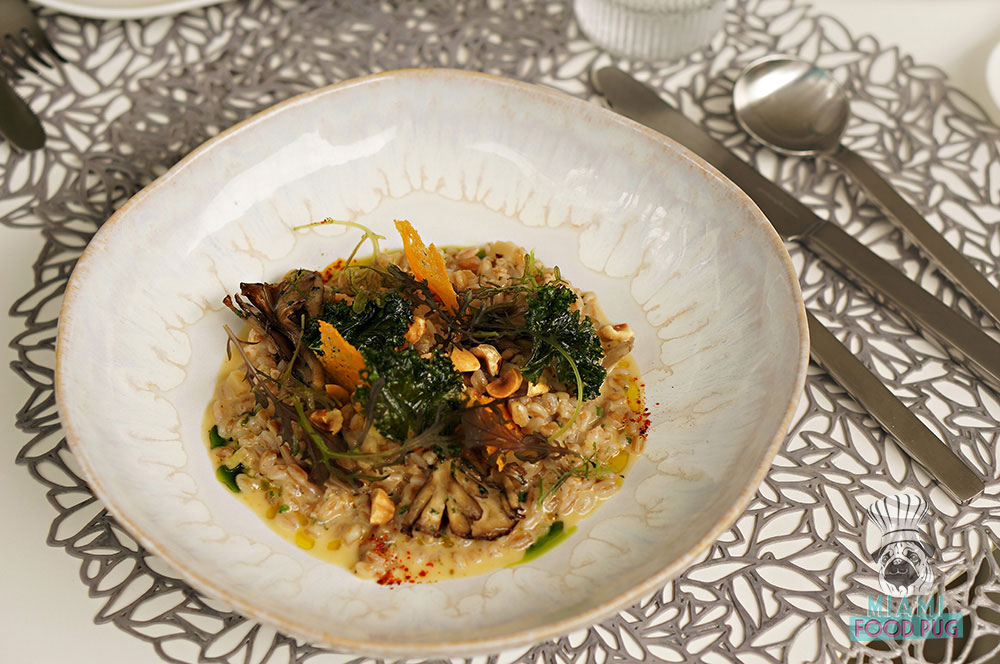 Have you ever been to Le Jardinier? If not, then you’re making a big mistake. The Design District eatery is a vegetable-forward concept from Michelin-starred pedigree, and it certainly lives up to the reputation. Recently, the restaurant debuted a prix-fixe menu that’s worth a taste.

Here’s what you need to know about it.

For $40, guests can enjoy a three-course affair with Le Jardinier’s daily fresh-squeezed juice (cutely named Amuse Juice). Ordering one or two items off the regular menu can easily put you over that amount, so going with the extra courses for less is a no-brainer. Don’t even think about anything else – just get the prix fixe for lunch.

The Selections Are Great

Each of the three course features two or three options. While that may seem limiting at first glance, it’s not. The restaurant has made sure that the selections run the gamut, so there’s something for everyone. We were partial to the sunchoke velouté and chips, the farro risotto and the flakey apple puff.

Here’s a pro tip: Read the entire descriptions. We’ve been to Le Jardinier several times and have sometimes not been too keen on the menu offerings … until we kept reading. For example, we are not fans of farro risotto; we see farro on a menu and we immediately run for the hills. But the farro risotto at Le Jardinier included a parsnip and mushroom ragout, hazelnuts and herbs that made it far more enticing – and one of our new favorite Le Jardinier dishes.

You’ll Be Out in No Time

Many diners are on a time crunch when it comes to lunch. You may only have an hour to eat lunch before running back to the office or your computer. At Le Jardinier, time is not a problem.

Despite the multi-course extravaganza, we were in and out in under an hour. The lightning speed of the kitchen didn’t deter from our experience; we never felt like they were trying to kick us out or anything. They were just really conscious about time constraints. And for that, we were grateful.